Many people in Germany do not know iodine deficiency is an issue in their country, while low public awareness on the importance of regular intake of iodine resulted in missing the necessary indicators set by World Health Organization, research shows.

Asked about iodine deficiency and the health issues it causes, several people in Berlin and Frankfurt said they did not know at all there is such a problem in Germany. Few respondents believe that the iodized salt sold in the grocery shops and used in households is enough to overcome the issue, yet researches and statistics show an alarming picture.

Iodine is essential for the synthesis of thyroid hormones that regulate metabolism, promotes growth, development and maturation of all organs, especially the brain. The enormous amount of iodine is found in the oceans while most continental soil and groundwater are deficient in iodine. Around 2 billion individuals of the overall world population are estimated to have insufficient iodine intake and are at risk of iodine deficiency disorders.

According to Dr. Roland Gaertner from the Department of Internal Medicine IV at the Ludwig-Maximilians-University of Munich, the best carrier for saving iodine supplementation is salt, as the daily intake of salt is mainly constant. Due to the collaboration between international and national organizations and the salt industry, many developing and developed countries have introduce universal salt iodization (USI) or have mandatory or voluntarily fortification programs.

Armenia adopted the USI in 2000s as a landlocked country with iodine deficiency and a considerable level of thyroid disorder.

In his recent research entitled “Recent Data on Iodine Intake in Germany and Europe” Dr. Gaertner says that in Germany as in majority of the European countries, the use of iodized salt is voluntarily not only in households but also in the food industry. “Two recent epidemiological surveys in Germany revealed that 33% of children and 32% of adults are still suffering from mild to moderate iodine deficiency,” the abstract of his 2016-dated research reads.

However, the voluntary nature of iodized salt usage in households and food industry in Germany brought negative developments for the population. “In order to ensure the existence of an appropriate amount of iodine in the body, people need to be careful about what they eat and be aware of consequences iodine deficiency could have on the body,” says Dr. Michael Thamm from the Department of Epidemiology and Health Reporting of Robert Koch Institute in Berlin. 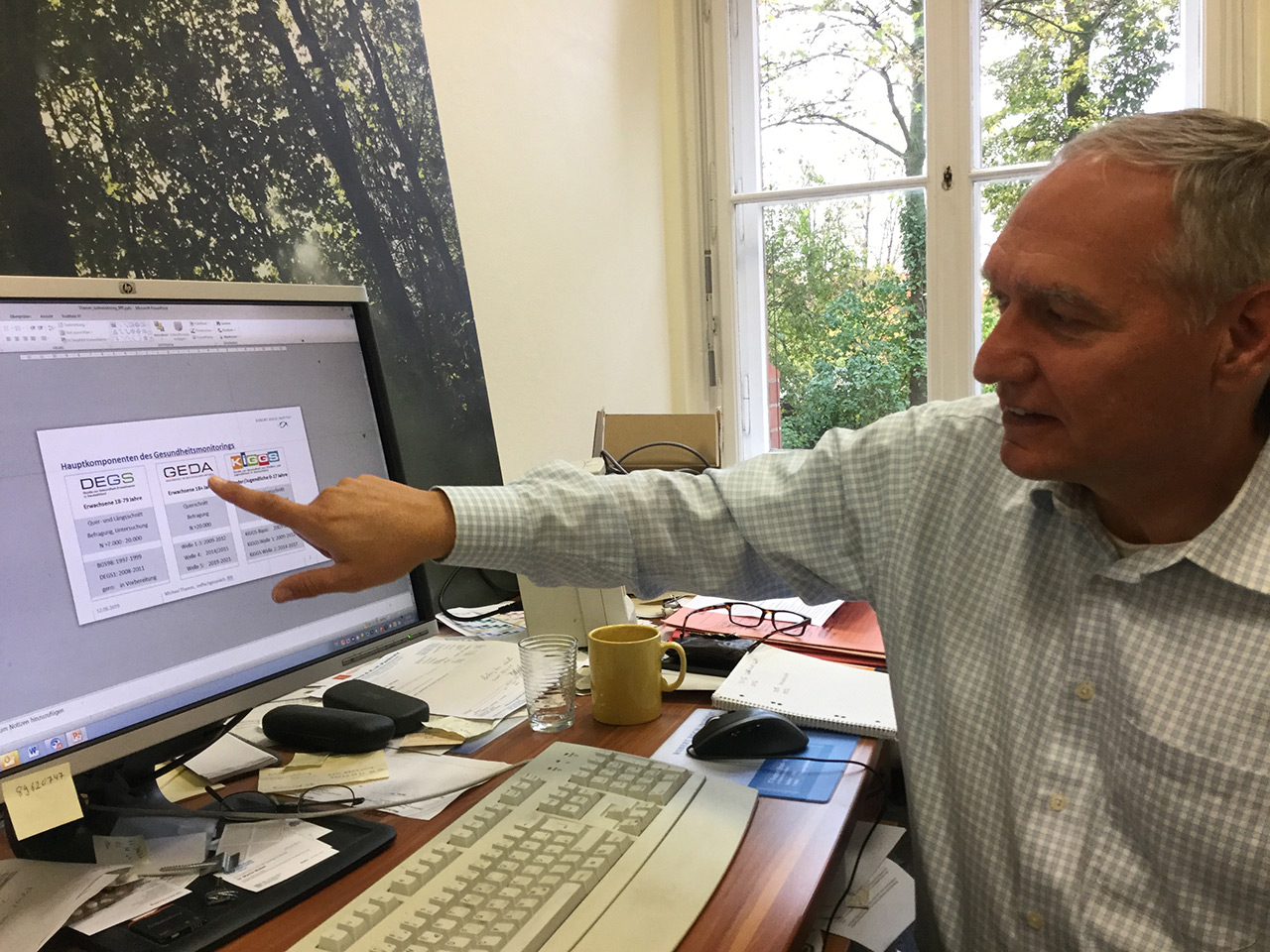 “Only 10 percent of iodine intake comes with the salt we use at home. For example, when you cook potatoes or pasta, you throw away a lot of water, and salt goes away with it. About 30 percent of iodine comes from dairy products as farmers feed the cattle with iodized salt to ensure they have the necessary amount of iodine as well. Another 30 percent comes from industrial food – bread or sausage, cheese or ready-to-cook pizza,” explains Dr. Thamm during the interview in Berlin.

In recent years, iodine supply in the food industry has declined, as “the industry uses less iodized salt for financial reasons buying salt from the Eastern European countries where it is cheaper but not iodized,” he adds.

Dr. Thamm also points out some myths about iodine. For example, the usage of sea salt cannot be enough for necessary iodine intake, as it contains less iodine than the industrially iodized salt. The same is with organic milk, which does not contain any iodine as cows eat organic grass grown on organic soil with almost no amount of iodine. The soybeans, meanwhile, do not allow iodine to be absorbed by the body.

As a member of “Der Arbeitskreis Jodmangel e.V. – AKJ”, a working group of German scientists, Dr. Thamm participates in annual meetings, where they discuss what should be done to overcome iodine deficiency in the country. During the upcoming meeting further this month [the interview was conducted in mid-October 2019] they will try to discuss how to raise public awareness and how to urge politicians to voice the issue in the Parliament.

“The most efficient way to overcome the issue would be making the use of iodized salt mandatory for households and food industry as well as increase the iodine amount in salt,” Dr. Thamm explains.

Germans do not like being forced to eat something: some groups claim that iodine is toxic, others want to eat only organic food, and thyroid problems are left without a lobby.

“So, there are people who are against iodization, and politicians don’t dare making it mandatory. It’s a no-win issue, that’s why politicians do not voice it,” he adds, saying that they do not give up and will invite politicians to present and discuss the recent disturbing data they have researched.

Interestingly, in 1990s, the efforts of various stakeholders – government ministries, scientific experts, NGOs, the Salt Producers Association, the Pharmaceutical Industry Association, and international agencies – promoted changes in regulations in Germany after which the households, food industry and public catering companies were permitted to use iodized salt. While now, the voluntary nature of the usage of iodized salt results in the decrease of indicators.

“For many years we haven’t conducted iodine monitoring. I knew there was no data and I thought that we need one. I called the Ministry of Agriculture and told them we can do it if they pay, and they agreed. Now we do the research every 10 years for children and every 10 years for adults,” says Dr. Thamm adding his concerns that the recent data have shown the problem of iodine deficiency has aggravated again.

Slide showing indicators decreased in comparison to the WHO standards

“I have presented these figures at a Medical Congress for Pediatricians this summer, to an audience of 800 people, and they were all surprised and worried,” he concludes.

Sara Khojoyan is a reporter based in Yerevan. For about 15 years of her professional career, she has worked for local ArmeniaNow.com online news outlet, as well as several international media outlets, including Transitions Online and IWPR Caucasus Edition. Since 2012 she is Armenia correspondent for Bloomberg. Sara’s stories focus on politics, the economy, and human rights. She also writes human-interest pieces, which she enjoys the most.