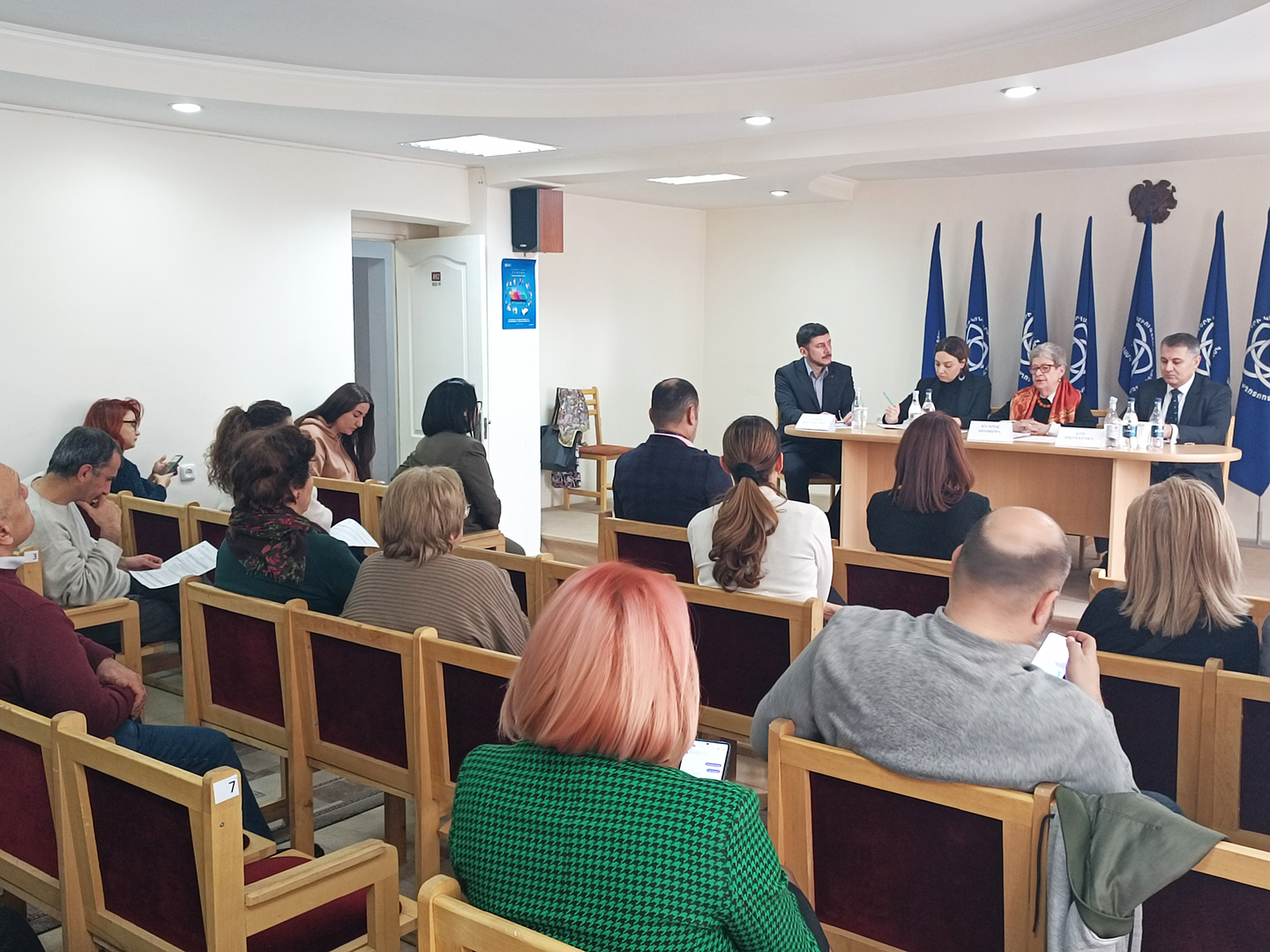 The platform’s national facilitator Hovsep Khurshudyan presented the work he has done in recent months towards the formation of the Platform’s NGO, the activities carried out jointly with the ANP’s partners within the framework of the structural dialogue between the Armenian civil society and the government of the Republic of Armenia. He also introduced the “EaP CSF ANP Secretariat” NGO’s new staff members – Ani Kojoyan, the Executive Director, Anna Mekhakyan, the Communication Specialist, and others.

In the first session of the assembly, the proposed amendments to the ANP charter were discussed, related to the mandatory membership fees and the online voting and acceptance system of the ANP announcements and statements. It was decided to establish an annual membership fee of AMD 12,000 for all the ANP members, which will be used for the ANP’s ongoing activities, as well as to ratify the decision of the Steering Committee of the EaP CSF to establish an annual membership fee of 50 Euros for those members of the EaP CSF, whose annual turnover exceeds 50,000 Euros, which, in turn, will be directed to the EaP CSF budget.

Those organizations, which will not pay these membership fees for three years will be respectively deprived of the EaP CSF ANP and EaP CSF’s membership. This amendment in the ANP Charter will enter into force on January 1, 2023.

It was decided to put the amendments related to the online voting and acceptance procedure of the ANP announcements to a final vote during the next assembly.

The second session of the assembly was devoted to the discussion of the “Armenia in the EU-Eastern Partnership Program and the implementation process of the Armenia-EU Comprehensive and Enhanced Partnership Agreement” topic. The session was attended by Andrea Wiktorin, the Head of the EU Delegation, EU Ambassador, and Ara Margaryan, the Head of the EU delegation of the RA Ministry of Foreign Affairs, who presented the current situation of Armenia-EU relations, the importance of maintaining and developing the Eastern Partnership, the interest of Armenia and the EU in it.

Several issues related to cooperation with other EaP countries and sharing experiences with them were also discussed. The EU Ambassador also referred to the implementation of the Armenia-EU Comprehensive and Enhanced Partnership Agreement, particularly focusing on priority areas, including the rule of law, environmental protection, protection of women’s and LGBTQ rights, and gender equality.

After each session, the ANP members had the opportunity to ask questions to the speakers and receive comprehensive answers.