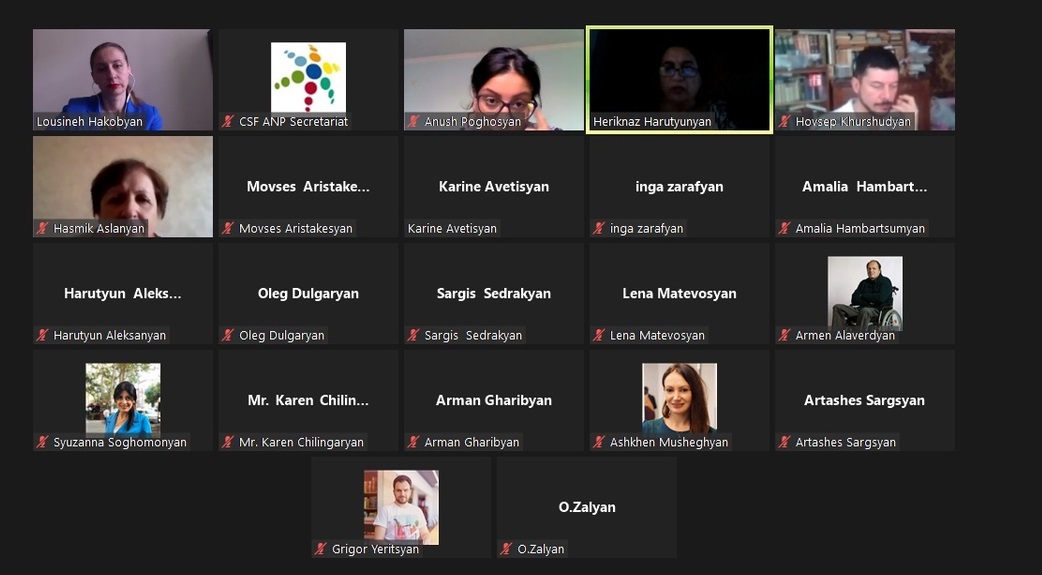 The following issues were on the agenda:

1 ․ Nomination of candidates for membership to the RA-EU Civil Society Platform Electoral Commission,

2 ․ The role of the EaP CSF Armenian National Platform in overcoming the existing challenges and implementing reforms.

Heriknaz Harutyunyan, Managing Director of the ANP Secretariat, presented the nominations for the membership to the RA-EU Civil Society Platform Electoral Commission, noting that only three of the 9 nominations received met the requirements of the approved PROCEDURE, and the candidates submitted declarations attesting that in the past 6 months they had not been employed by any state agency under an employment contract, nor had they provided any paid services to a public agency and that in the capacity of Electoral Commission member they would not take on positions, nor will they render any paid services to a state agency.

In order to maintain the gender balance in the Electoral Commission, the Assembly participants, at the suggestion of Lousineh Hakobyan, decided to extend the deadline for nominations for 3 days, until September 26, 2021 giving an opportunity and urging ANP member women to run or self-nominate.

A lively discussion took place on the second issue of the agenda. The participants emphasized the importance of the implementation of reforms in the country in the post-war period and after the snap elections to the National Assembly and the active engagement of the civil society in it. The Assembly participants singled out a number of priorities deriving from the ANP Strategy, around which the forthcoming activities of the Platform should be developed – promoting an effective dialogue between the RA Government and civil society, real reform of the judiciary, urgency of economic development, joint work to prevent corruption, etc.