Poverty in Germany has many faces: there are people who live on the streets, those who can’t pay for their housing and end up in special care homes, people who can’t afford to travel for their holidays because of low wages, those who can’t afford a hot meal on a daily basis, let alone children being deprived of proper education and a decent life… And here a question arises: how come there are so many poor people in such a rich country as Germany? 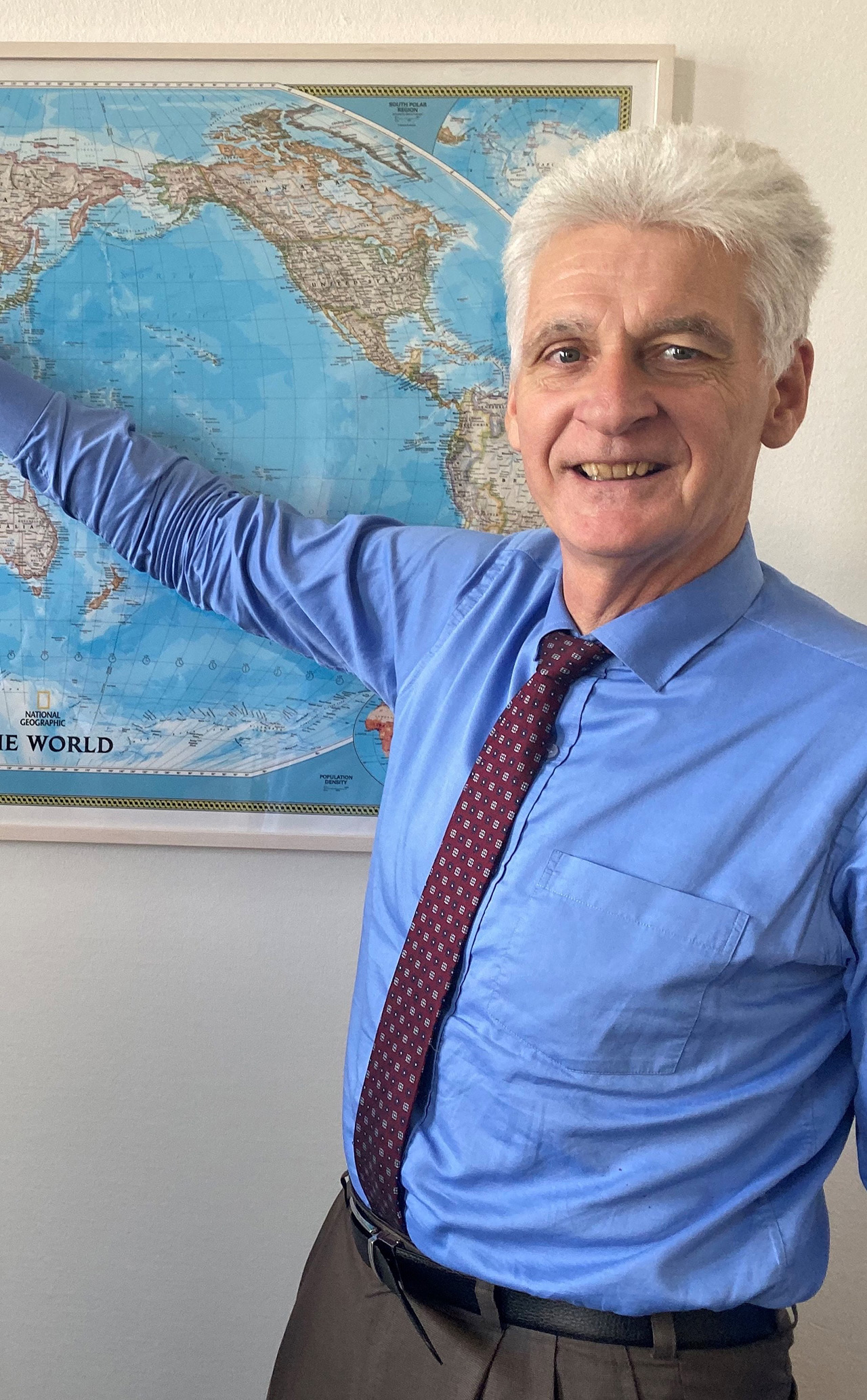 Rolf Schmachtenberg, State Secretary at the Federal Ministry of Labor and Social Affairs of Germany, is sure that poverty, in fact, may be just a verbal problem. “The possibility to reach a society without poverty depends heavily on the definition of poverty,” he says.

Fast forward two days and here I am, at the Theodor-Heuss-Platz subway station in Berlin, where a young man in his thirties, Vitaly, is rummaging in a waste bin. I have seen him before and I know that he is looking for plastic bottles. He gets 25 cents for each.

Vitaly is dressed in a striped T-shirt under a navy-blue sweater. He looks neat and clean, his hair cut and combed. His trousers are glossy and grey (probably from a second-hand shop) pointing at his social standing. He lives in the Eastern part of Berlin and I am not surprised to learn he does not speak English. However, there is another language that comes for the rescue of our dialogue – Russian. But the train is not far away, so our conversation lasts for a few short minutes. In fact, we are both in a hurry.

“I can earn 10-20 euros daily by collecting plastic from the waste bins. However, it was much better in the summer. I don’t like begging for money, and here is some sort of a job. I’ve been doing this for six months, also because I had some problems at home,” Vitaly says. 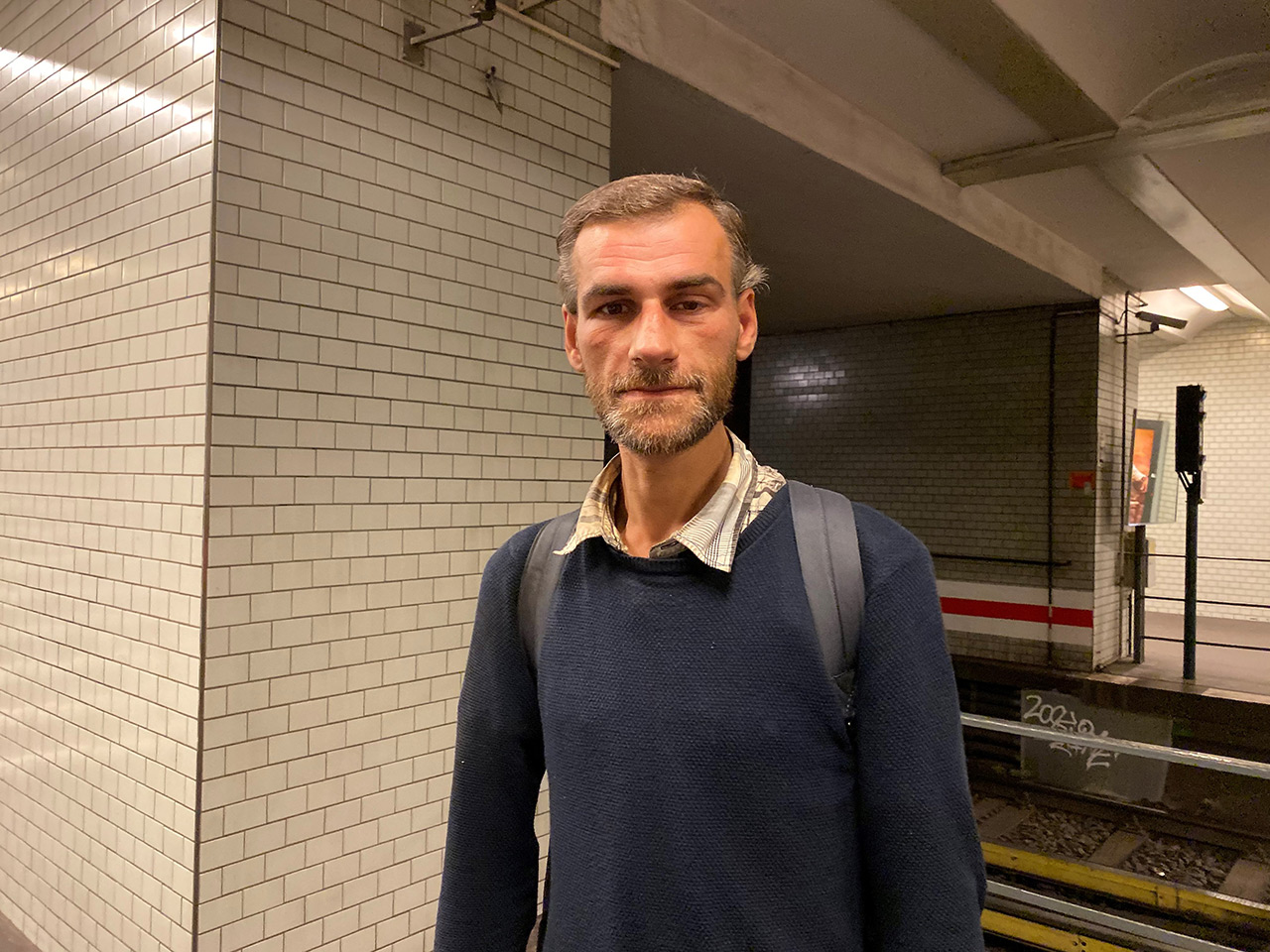 According to the definition of poverty the ministerial State Secretary refers to, someone is considered poor, when his or her wage is less than a half of the average wage calculated for their country. In Germany the at-poverty risk threshold of a single person is €969.

Vitaly and another 13 million poor people in Germany enjoy state support. Responsible for delivering that support is the State Secretary of the Federal Ministry of Labor and Social Affairs Mr. Rolf Schmachtenberg. He told me that in 2019 the monthly support has increased by €8 per person compared to last year. “In Germany we guarantee a socio-cultural subsistence minimum,” he says. “Basic income support for job seekers and social assistance is currently €424 plus appropriate housing costs, [which includes] statutory health insurance. Asylum seekers receive € 344 plus benefits in kind,” Mr. Schmachtenberg continues.

969 euros is not much in Europe, but it is a lot in Armenia

But €969 equals to over 500,000 drams (AMD) in Armenia. In my country, a person with a monthly income of half a million lives a pretty prosperous life. To make the comparison more vivid, I would say that €969 per month for a German citizen is the same as the minimum wage in Armenia. And that is just over 60,000 AMD, which is equal to €113.

Can anyone in Germany survive on that money? I doubt. 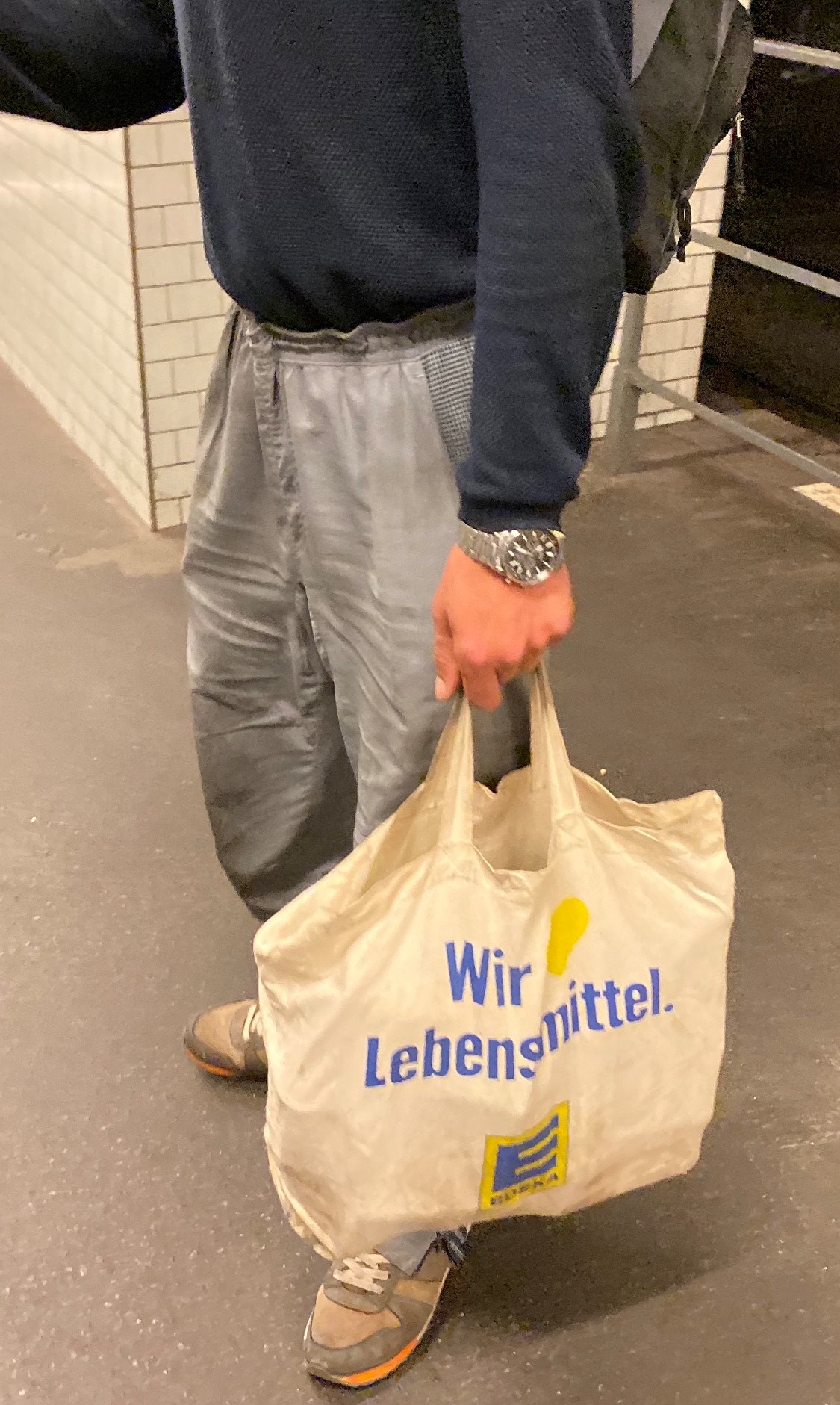 Back in Yerevan I met Anush Ohanyan. Anush is a middle-aged woman, living in a very poor neighborhood.

There is a striking similarity between the Armenian and German poor: they all have problems with daily bread; they want to live a decent life, which implies having a home, an opportunity to study, and perhaps most importantly, having a job. But there are differences as well: for example, in Germany they have free medical insurance.

Anush suffers from cancer with no chances of proper treatment. Because it costs money.

Government works, but poverty is still there

One can see many homeless people at the Friedrichstrasse subway station in Berlin.

I was warned not to talk to them. I was told they are drugged, aggressive and dangerous. However, I ignored the warning when I noticed just three of them together. But we managed to exchange only a few words. There was again a language problem, and then they weren’t very happy and willing to talk.

“If that damned state were really helpful, we wouldn’t have lived our bloody lives on this damned streets. That’s all,” one of them said.

Not far from them, in the Bundestag, I met Mr. Wolfgang Strengmann-Kuhn, who is an MP from the Green Party. He noted that the mere existence of those who live rough in rich Germany is a shameful fact. Strengmann-Kuhn agrees with the jobless: the level of social support in Germany is very low. 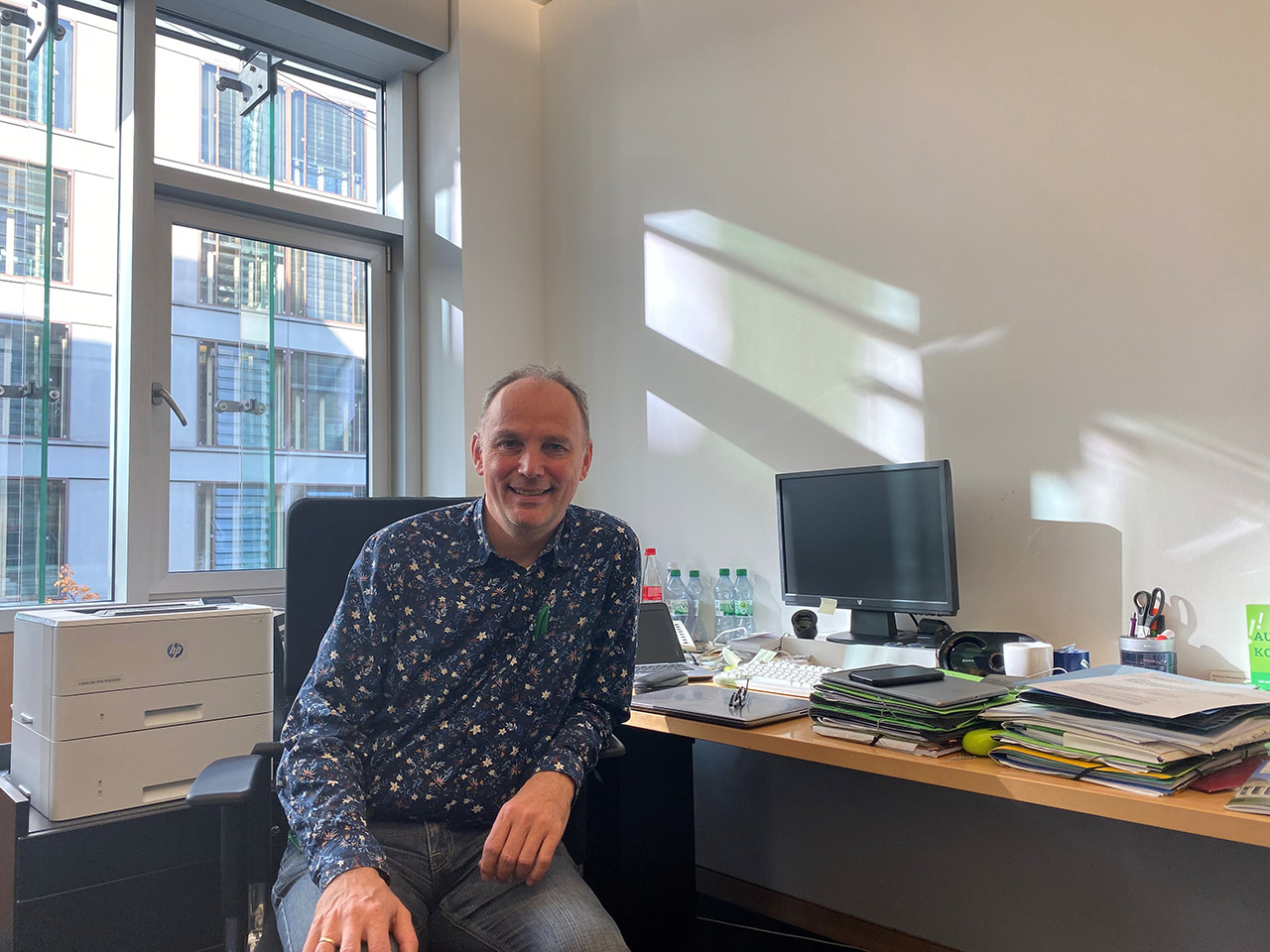 “Someone, who is poor, receives social assistance and continues to be poor,” he says, adding that the current social support system has a number of problems. “It gives [them] the minimum but doesn’t help the poor to get out of their social position. Creating a new social support system, this is what we want to change,” believes the MP.

His words are arguably confirmed by the statistics.

And since poverty in Germany is growing, the vulnerable are first of all sick and old people, those who are on a low income or out of work, members of larger families and single parents.

Children are at the sharp end. Social organizations are particularly critical of the poverty rate among children, which at 19.7 percent, is well above the average for the population.

Future without poverty: is it possible?

Perceptions of poverty have changed over the years, but poverty as such has been part of society for thousands of years.

“We live in a digital age and in this digital age there is new poverty, too. It is digital,” German journalist, media specialist and strategic adviser in media development for both national and international clients Christoph Lanz says. Speaking about the new poverty Lanz notes: “Day by day, more and more people are being replaced by robots, so people lose their jobs and become poor. Employers don’t need people anymore: they prefer to buy machines. This is exactly what the digital poverty is”.

What will happen in the future? Is it possible to have a society without poor or is it, anyway, something unachievable?

“A society without poverty is utopian, but politicians and civil society must always be committed to having the poverty rate as low as possible,” Christoph Lanz believes.

State Secretary Schmachtenberg tells me: “There will most likely always be persons under the at-risk-of-poverty threshold, unless we reach an extremely even distribution of income.”

But in contradiction to his own words, he also believes that there is a way out of poverty. “Absolute poverty can be successfully overcome by means of a comprehensive social security system,” he claims.

Wolfgang Strengmann-Kuhn, being a public politician, stays optimistic as well: “It is possible that every man, woman and child will have an income that is above the poverty line.”

But that is for the future. And until that happens, I leave a few cents to a woman singing Sinatra’s “Fly Me to the Moon” on a Berlin street.

She is poor. Just one of the 13 million.