December 11, 2019
Forum German-Armenian Journalist Exchange 2019
IN BETWEEN FREEDOM OF PRESS AND FALSE PROPAGANDA: Armenia’s Media Landscape One and a Half Year After the Revolution

“I don’t trust the media. When a newspaper or a blog publishes breaking news about the government, I immediately check the Prime Minster’s Facebook page.” Words Araksya, a linguistics student, and most of Armenians tend to say. But how did it come that far, and what role does Facebook play in the Armenian news sphere? A portrayal of the Armenian news landscape one and a half year after the Velvet Revolution.

The new democratically elected authorities have been in power since January 2019:  they are young, they act progressively, but they have no communication strategy. Social media that played a huge role in organizing the protests of 2018 – which in the end led to overcoming the old authoritarian regime – are still the most used information tools for the government. Even now, one and a half year after the demonstrations that ended in May 2018, Prime Minister Nikol Pashinyan is doing most of his statements online and especially live. Facebook live is the most used way of communication for the Parliament deputies as well. One or two live talks a week are normal. It seems like this could be a strategy itself. 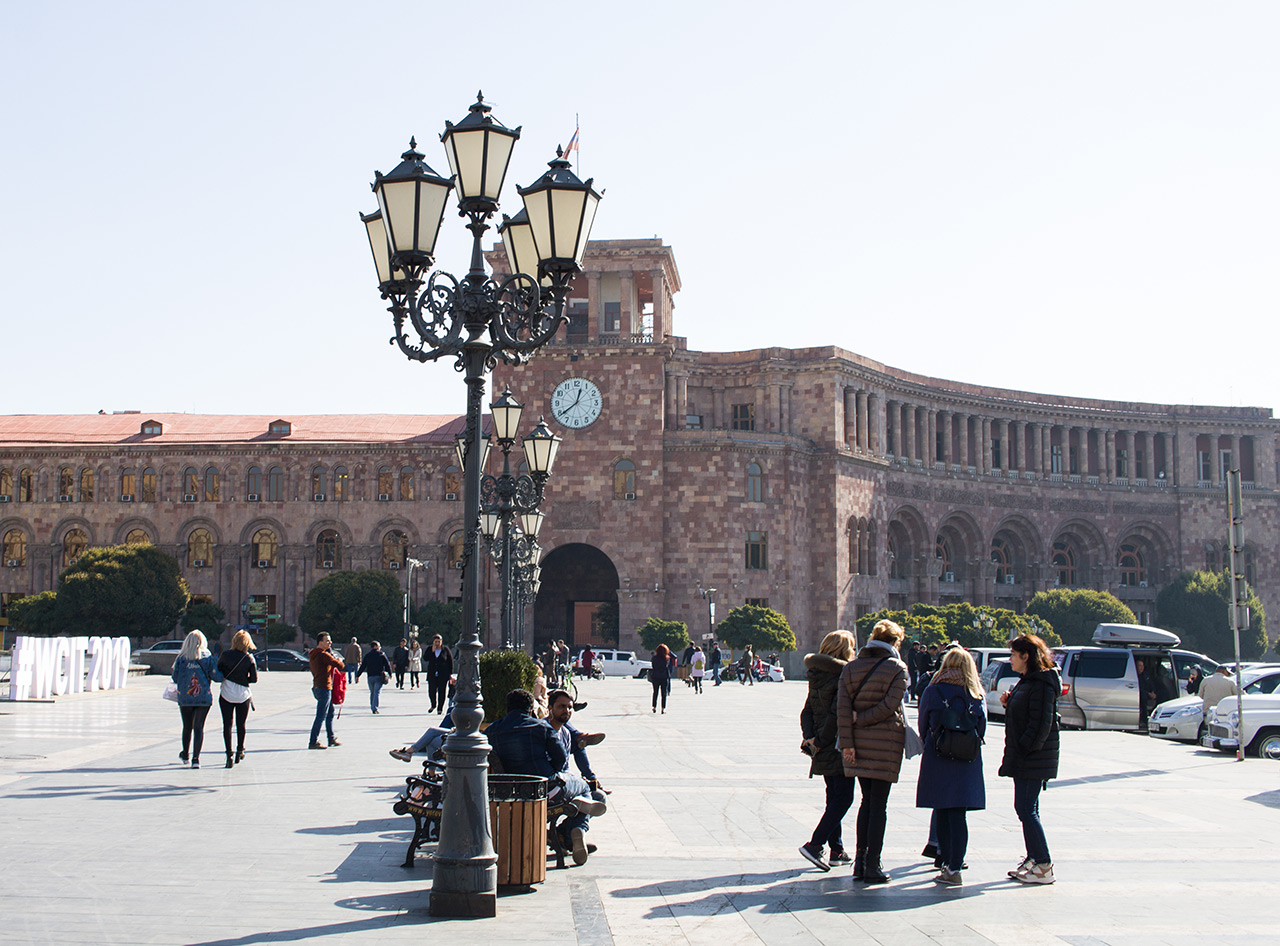 Yerevan Republic Square, where the main protests were organized during the Velvet Revolution. Photo source: Facebook

The way of talking to the people through the Internet has its roots in the general mistrust in the traditional media outlets in Armenia. Printed newspapers have become completely obsolete: 1,500 sold copies a day is already a lot. The broadcast media, especially TV, seem to be under the control of sympathisers of the old regime. Further oppositional ideas are spread through free Russian TV channels. The problem with the broadcast media is that the newly formed government had no intention to reshape the ownership of it, which was quite a surprising but also progressive move for them to make. The Armenian TV sphere is still not ready for such freedom. The national TV, for example, is still detached from the government. “Nevertheless, the TV sphere is still trying to guess what the government wants to do and will do,” explains Boris Navasardian, President of Yerevan Press Club. “The problem is that the ownership of those media outlets is not transparent at all. That is why journalists are pushing for a new law for the transparency of the ownership of media outlets. The new law will help to determine the different owners in a news company and understand who is behind the provided news. Through this it will get easier to check and fact-check news. Thanks to the new law it would become clear where the high-pressure situations generated by the editors-in-chief – similar to every other newspaper in the world – come from. Furthermore, the law helps to strengthen the safety of journalists and their labour rights because at the moment they are dependent on what their editor-in-chief wants them to write about or forbids them to touch upon,” Navasardian believes. 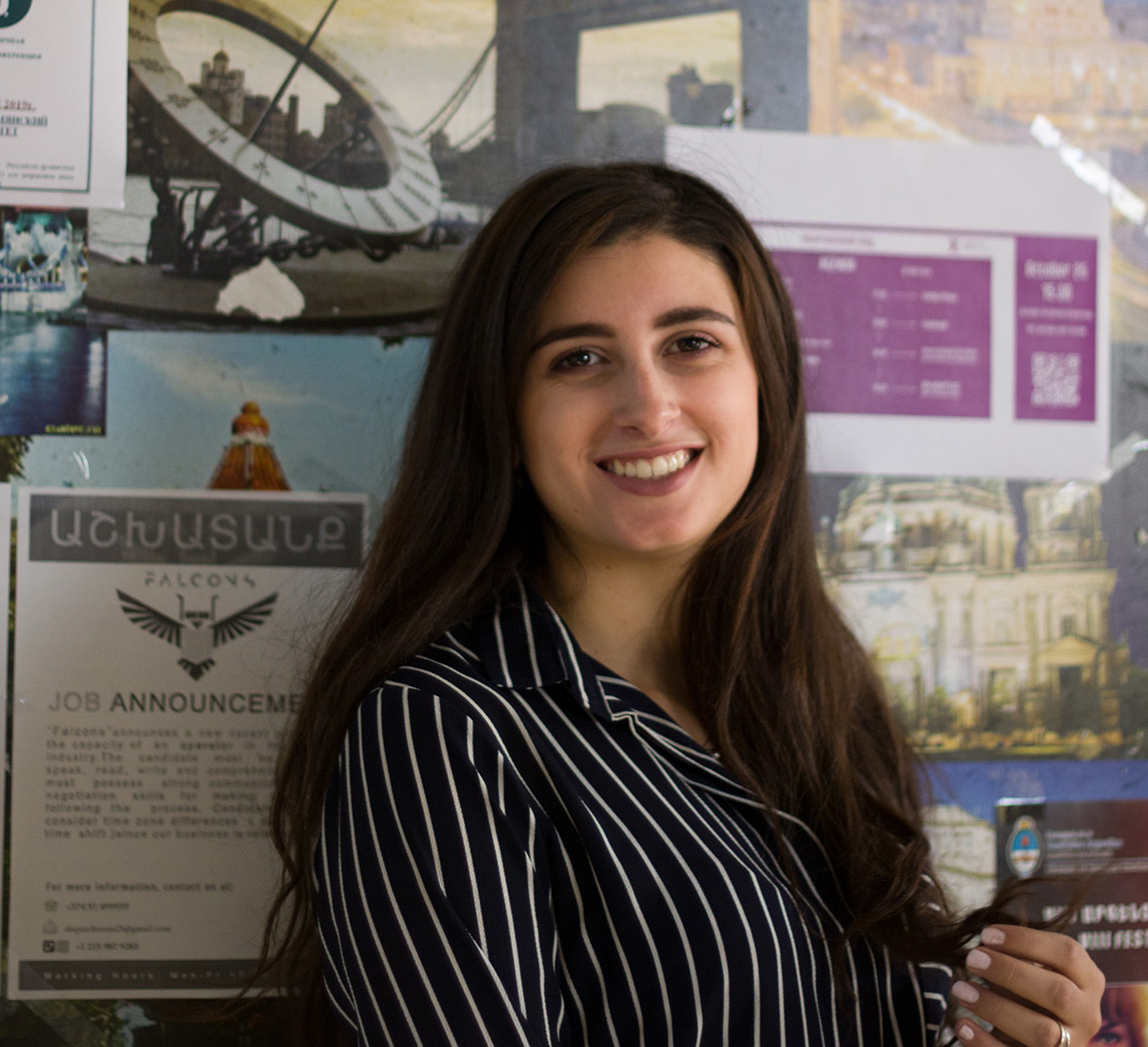 The reason why the government is doing everything live now, is so that nobody can change anything about their statements afterwards. At first sight this seems logical and could be perceived as a close relationship with the people. Everyone can ask questions there and the government can answer. The emphasis is on “can”, since nobody has the time to answer between 5,000 and 50,000 questions in one talk. That is where the criticism comes from: Artur Papyan, President of Media Diversity Institute-Armenia, sees this strategy of choosing what questions to answer almost as a kind of manipulation. Maria Titizian, the Editor-in-Chief of EVN Report goes even further to say that the government is in a sorry state. By doing everything live, choosing what to answer and not hosting proper press conferences, the government makes it easy for itself to avoid difficult questions through specially trained journalists, who are instructed what to ask, as the officials are obliged to respond. At the same time, self-censorship plays a huge role for progressive media outlets like EVN Report, an English and soon also Armenian language online magazine on politics, economics and culture in Armenia and abroad. Self-censorship in a way that they can not criticize the new government too much, because the opposition tries to use every opportunity they have to strike back at the newly formed government.

Can the Internet be too free?

The explanation to the new government not wanting to control any media lies in their strong belief in the liberty and freedom of press. As a journalist himself, Nikol Pashinyan sees freedom of expression as a number one priority. The freedom of expression expanded into all aspects of life after the revolution. According to the Freedom House Report, the Internet has always been uncensored in Armenia, but it has seen some further liberations following the revolution. Through the newly found freedom to say and post whatever you want, there grew a new problem in Armenia similar to that in the rest of the world: fake news and hate speech. “Freedom of speech does not seem a problem at all in Armenia, most people feel free to talk and post whatever they want. The Internet is a free place without any government control. Maybe it is even too free,” says jokingly Grigor Yeritsyan, Executive Director of Armenian Progressive Youth NGO. He notes that before the revolution you could trust Facebook as a reliable source of information, but after it fake news, hate speech and propaganda is everywhere. “You have to trust your critical thinking everywhere you go online nowadays,” he continues. But experts do not believe in such a thing as “too free” Internet. Ashot Melikyan, Chairman of the Committee to Protect the Freedom of Expression, states that it is better to deal with something like fake news and false propaganda than to give up the freedom of word. The freedom was misused for bad reasons and even turned into a hybrid war against the new government in certain ways, but democracy in Armenia is too young to try out regulations for the Internet. Observing these complex approaches in the context of global West, he mentions that if some solution is found, Armenia could use it too, “but never at the cost of freedom of expression.” 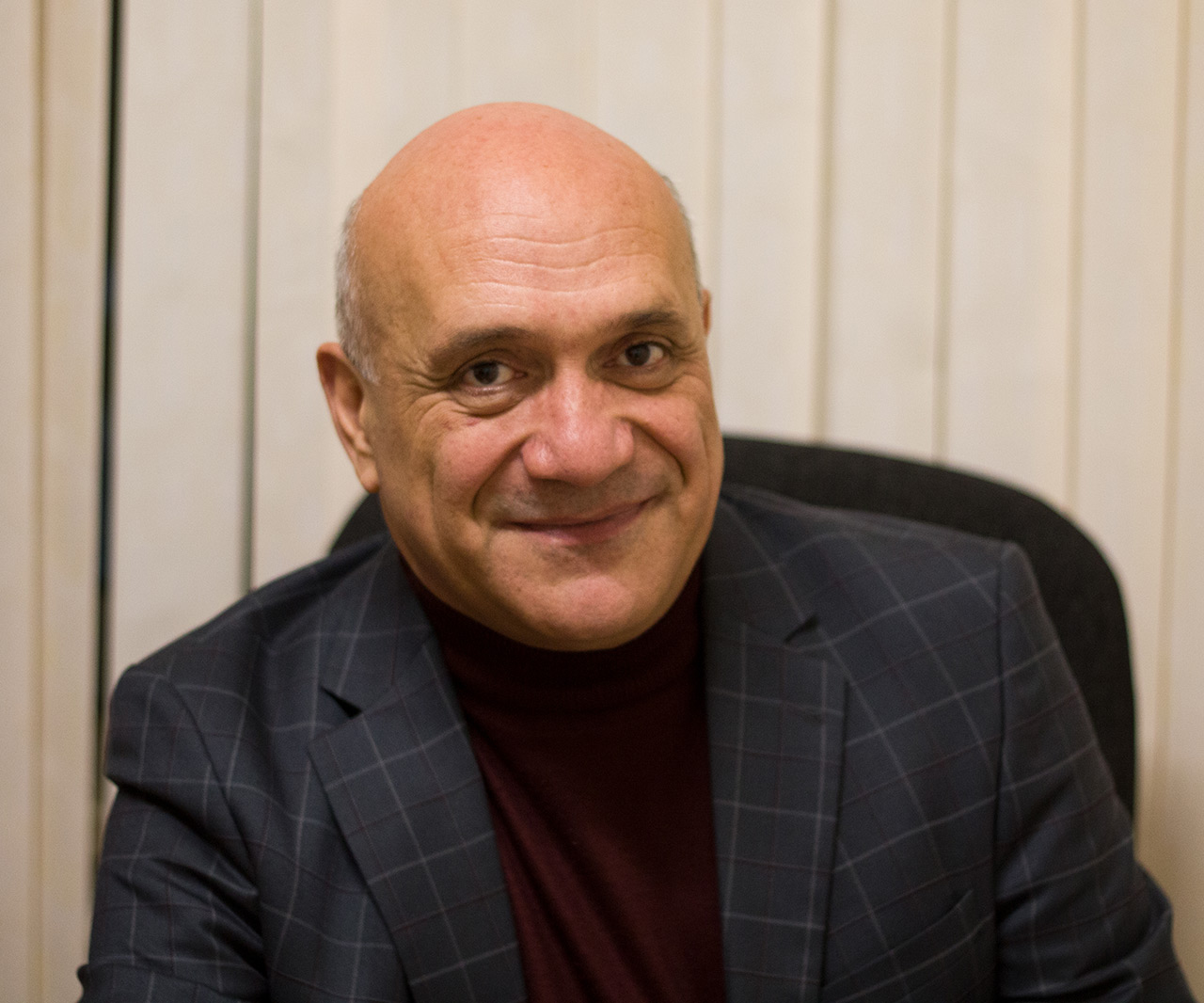 Fact-checking as a way to train media literacy

Media literacy is something that is important for every society. For a small country like Armenia with a population close to three million people, media literacy is even more important, as false news tend to spread even faster than elsewhere. One NGO, the Union of Informed Citizens, was founded to do exactly that – helping to develop a more aware society. 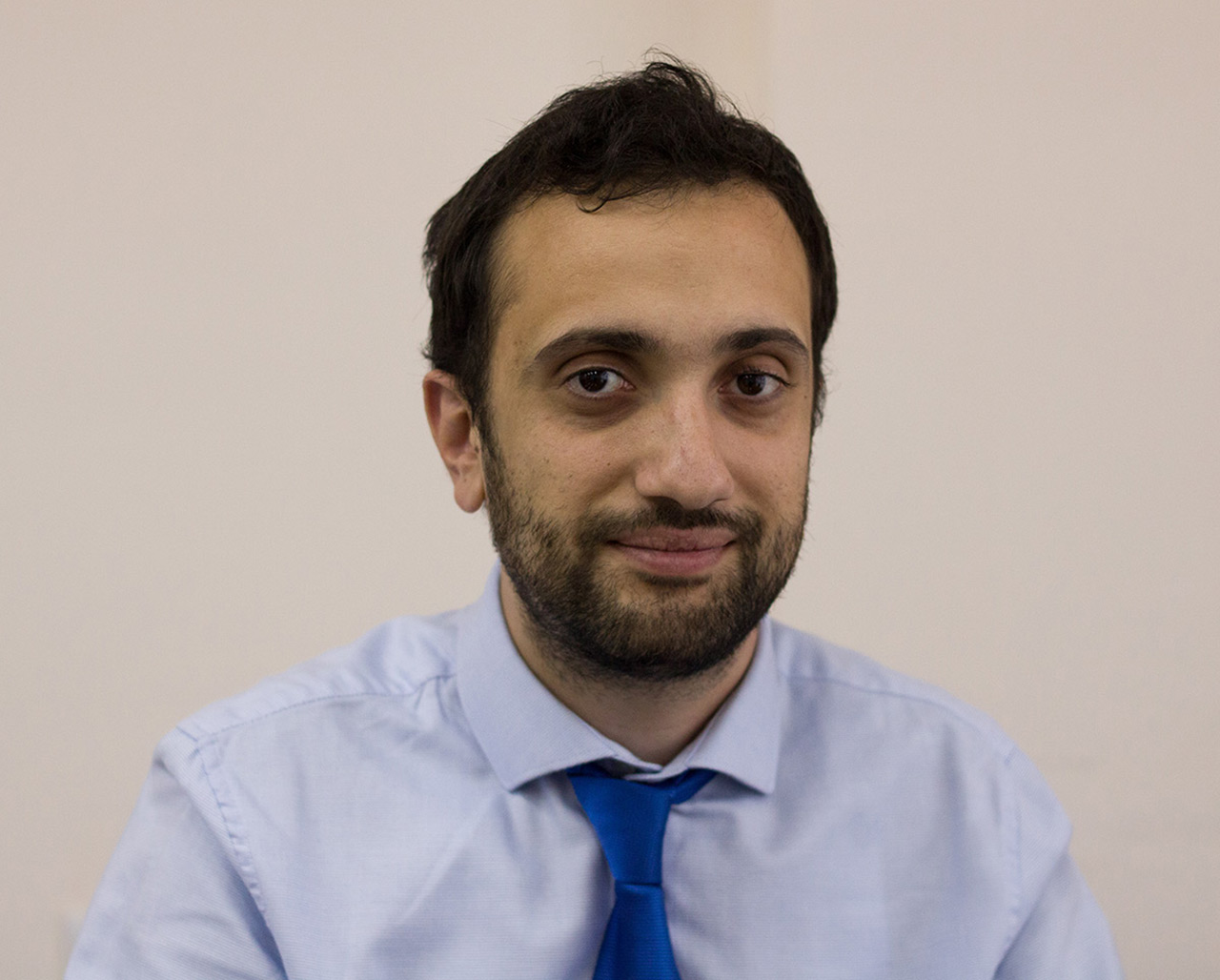 Their projects among other things focus on elections observation, citizens’ education. Added to that, they maintain the first and until now the only fact-checking website in Armenia. Their number one rule is that normal people could also check and find those facts. They always provide a list of useful sources that everyone has access to. The rising spread of fake news these days is also seen in their work environment: two years ago two people were doing the fact-check and that was enough. Nowadays there are eight people working in the field, and it is still not sufficient to check everything fast enough. The main problem is the relationship between fake news and the media landscape – fake news is spread way easier and way more publicly than fact checkers could ever hope to achieve. Still the UIC is positive and is not going to stop its work on that topic. Fighting fake news and still remaining a country with freedom of speech is important because as the Program Director of the Union of Informed Citizens Daniel Ioannisian states, “If we lose the fight against propaganda and fake news, we will lose the democratic change.” And no one can afford that.

Anne Frieda Müller studies politics and communication at the University of Greifswald. Political problems in the modern world are her preferred subject to write about. At the moment she is researching the current situation of the press in Post-Soviet countries. To get a closer look into the matter she studies in the field of international relations and takes additional journalism classes in St. Petersburg as part of an exchange year.