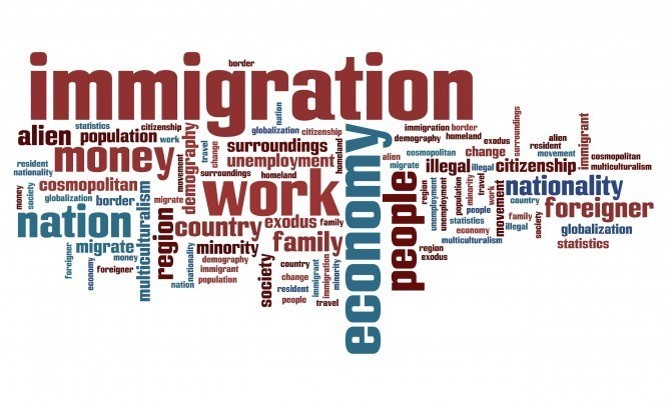 It is already 2 years that Anna (name changed) has been living with her family in Wiesbaden, Germany. The reason they chose specifically Germany has a simple explanation: her husband had opportunity to work there after graduation. Compared to many countries, education system in Germany is on high level and comparatively accessible. Due to this, in recent years, the number of Armenians receiving higher education in Germany has increased tangibly. The Government also grants an opportunity to work in the country by providing working visa in case one manages to find relevant job within one and a half year after graduation.

According to Anna, migrants who arrive in Germany legally can merit all the rights and responsibilities enjoyed by locals. “Social security in Germany is very high. Whether you are a German citizen or a migrant, you have health insurance. If you have work permit, you pay taxes regularly and one day if you lose your job, just like locals, you can make use of unemployment benefits, too,” says Anna, adding that, although not perceived on Government level, on citizens level one can notice marked discrimination towards the migrants. “The marked discrimination can be mostly observed among the elderly. Youngsters are more tolerant and communicable. And if a migrant and a German apply for the same job position, preference is given to the German.”

Talking about citizenship, Anna mentions that the majority of their friends gained citizenship without any complications: “It is not difficult to gain citizenship. What you need is to live in Germany for 6-8 years and not to commit any illegal action during the period. There is an integration course, where one learns the history of Germany, gets familiarized with the culture and politics, passes an exam to get B1 Level. Part of the tuition fee of such course is paid by the Government,” she adds.

Regarding the Armenian community, Anna says that it is large and continues to grow. However, the community is not that consolidated, if considered that Frankfurt, where regular weekly Armenian community meetings and events are organized, is not far away. Since 2010 Shushan Tumanyan has been actively engaged in such activities. She organized courses of Armenian language, history, national dances and songs both in Frankfurt and other cities. Shushan came to Germany for educational purposes, she married there and now she is back to Armenia with the aim to deliver and raise her first baby in her homeland. “I never felt myself as Diaspora Armenian and never became one. The ties of an Armenian and Armenia were always in the first place for me, as even living outside my country I was living in and for Armenia. I can state I was a full member of German society both as an individual living there and at my workplace. Nevertheless, I introduce myself as a person of Armenian descent, I always know my “place” in foreign country, I respected the laws and expressed my gratitude towards Germany for my education opportunity through my work and devotion. During the period of living there I met a number of people of various nationalities, and never did I face discrimination, generally.”

The end of the 19th and the beginning of the 20th centuries is considered the period of formation of German-Armenian community, when small groups of Armenian intellectuals and vendors were arriving in various cities of Germany. Later, the community expanded with survivors of the Armenian Genocide and war-prisoners of World War II, who preferred not to go back to Soviet Armenia for different reasons. Later there was another influx of migrants from the Middle East. The vast majority of Armenians migrated from Turkey. There is no precise information on the number of German-Armenian community members, as the number of Armenians arriving in Germany both legally and illegally has increased as a result of the independence of Armenia. According to non-official data, currently there are around 50 thousand Armenians in Germany.

Few people act as Shushan: prosperous life and social security prompt many people to leave their homeland and move to either Germany, or other European countries.

Main reasons for leaving homeland are absence of workplaces and jobs in their professional fields, as well as low salaries. According to the annual data of the RA Statistical Committee, the number of citizens is decreasing year by year: the RA population in 2015 was 3.5 million, while in 2017 it fell to 2.9 million.

In recent years, most of the people leaving for Germany or any other European country are asylum seekers. They sell all their properties in Armenia, and leave for the EU. They long for prosperous life and good conditions. However, they are not able to fulfil the requirements necessary for gaining refugee status, or receiving additional support from the country and, after living with no status in the country for many years, 90% of asylum seekers are deported back to Armenia. If they do not return voluntarily, they are forced to do so. 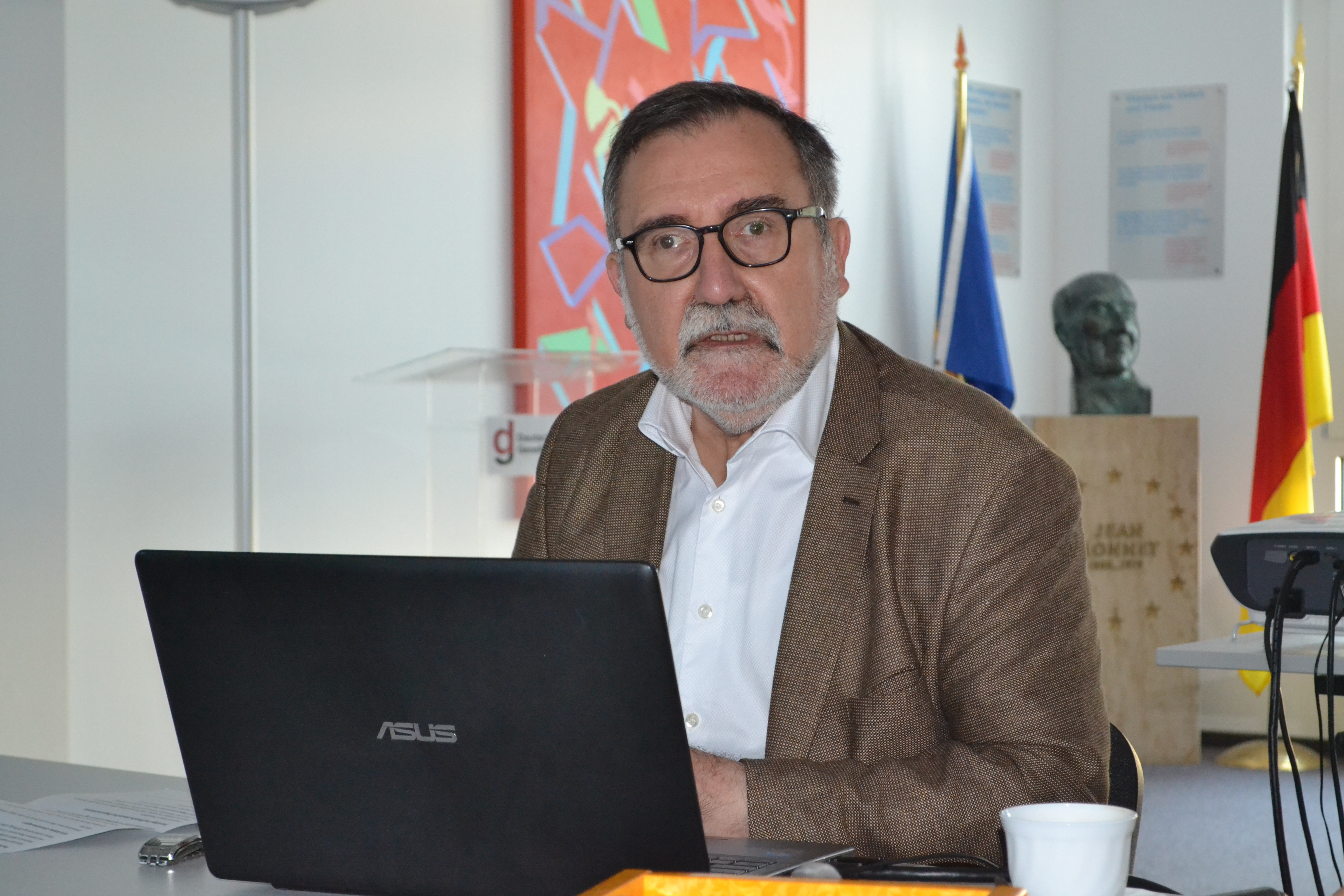 Whether German-Armenian Society addresses the issues of these Armenians seeking asylum, the chairman of German-Armenian Society Raffi Kantian replies that they did not deal with the issue. “We talk about emigration situation in Armenia and the reasons causing it. I am really hopeful that once positive developments take place in Armenia, in particular in the economic sector, we will have positive solutions, and people will be happy to return to their homeland.”

In Germany, where the population is more than 82 million, the issue of Armenian migrants is never a topic for discussion. “Armenian migrants are not a topic for German media, as it reminds of a drop of water in the ocean. There are hundreds of thousands of refugees in Germany, who entered the country, but the Government has no distinct information about their location, nationality, since they have no official documents,” says journalist Irina Ghulinyan-Gerz during our discussion.

In order to reduce the flow of illegal migration between the European Union and non-EU countries, EU Readmission Agreements are concluded to facilitate the return of people residing irregularly in a country to their country of origin or to a country of transit. The Agreement with Armenia was signed in 2013.

According to the data of the RA Statistical Committee, the number of readmission applications from the period between January 1, 2012 and June 1, 2018 was 1996 (in total for 3788 persons), out of which 3109 persons were granted Armenian citizenship. Large number of applications was received from Germany (for 1702 persons), and 1422 persons’ citizenship was approved. France is in the second place.

“Within recent 2 years, large number of Armenians were both voluntarily and compulsory transferred to the airplane and sent to Armenia from Germany. It is mainly conditioned by the fact that Germany sends people back to Armenia considering it a safe country. Those, who agree to return voluntarily, are granted a chance to receive some financial support, amounting to EUR 3,000. The volume and type of the support are defined in Germany, ready packages with certain amount of money are transferred to relevant people through our office,” says Tatevik Bejanyan, Monitoring and Assessment Specialist at “Armenian Caritas” benevolent NGO.

Both Armenian Caritas and a number of other organizations implement reintegration programs in Armenia, where migrants receive social and business support.

According to Tatevik, migrants have a number of issues related to accommodation, language skills and work. “The majority of them have no place to live in. There are no social houses in Armenia, where migrants can temporarily be placed. Living in camps, part of them lose professional skills, as well as ability and willingness to work. Most of them used to simply live on Government’s support, which met their living needs, and there was no necessity to work. They are not ready to work for minimum wage,” she adds.

And due to this kind of things, many of them develop severe psychological problems. Statistics prove that once it is possible they are confident to take up the same migration route.

In 2017 Mrs. Narine (name changed) returned from France to Armenia. She mentions that she regrets not having taken all possible actions to stay there. “It is true, I had indescribably hard days there, but at least, I didn’t have to think about daily food. I underwent 2 operations for free. While here in Armenia, there are days I don’t have even 100 drams to go to the city center,” says Mrs. Narine, and again contradicts herself while remembering her life in France. “For almost two months I had to sleep in the streets. When my health condition worsened, I was taken to the hospital and spent the nights there. The Government was supporting only with food. When my health condition worsened, they placed me in a shelter. Within one and a half year I moved to several shelters in different cities. The living conditions were awful. One should switch off her brain, and simply eat and sleep.”

There is no official data about the number of migrants leaving Armenia. To get any information, one should look up the data on citizens crossing RA borders or consider the analysis of the report on “Quarterly Monitoring of RA External Migration” (2015-2017).

For instance, analysis based on the data of the RA Statistical Committee on border crossing reports that in 2015 RA citizens’ departures exceed arrivals by 43,400, while in 2016 that figure was even higher – 48,200.

Thus, we have a situation when incomplete and insufficient official information on RA citizens’ migration drastically impedes the assessment of migration situation, identification of topic-related issues and development of relevant measures and programs, which would lead to the implementation of grounded and efficient state migration policy.

Migration is one of the most important and pervasive issues of the 21st century. Countries like Germany, France face the problem of immigration and limiting the number of immigrants, while Armenia, whose population is less than 3 million, is facing the problem of emigration and is in need of developing relevant mechanisms.

Anahit Baghdasaryan works as project coordinator and journalist at “Goris Press Club” civil society organization located in Goris, Armenia. She also works as freelance journalist for the Caucasus Platform and for Armenian websites. Anahit studied at V. Brusov University specializing in linguistics and French language. She is passionate about raising awareness on human rights issues and promoting cultural understanding in Armenia and does this through journalism and photography.