December 8, 2018
Forum German-Armenian Journalist Exchange
THE GRANDMASTER AND HIS CHILDREN

Chess is the national sport in the small country of Armenia. Children are learning it at school, the government supports the young talents. But this could change after the so called “Velvet Revolution”. 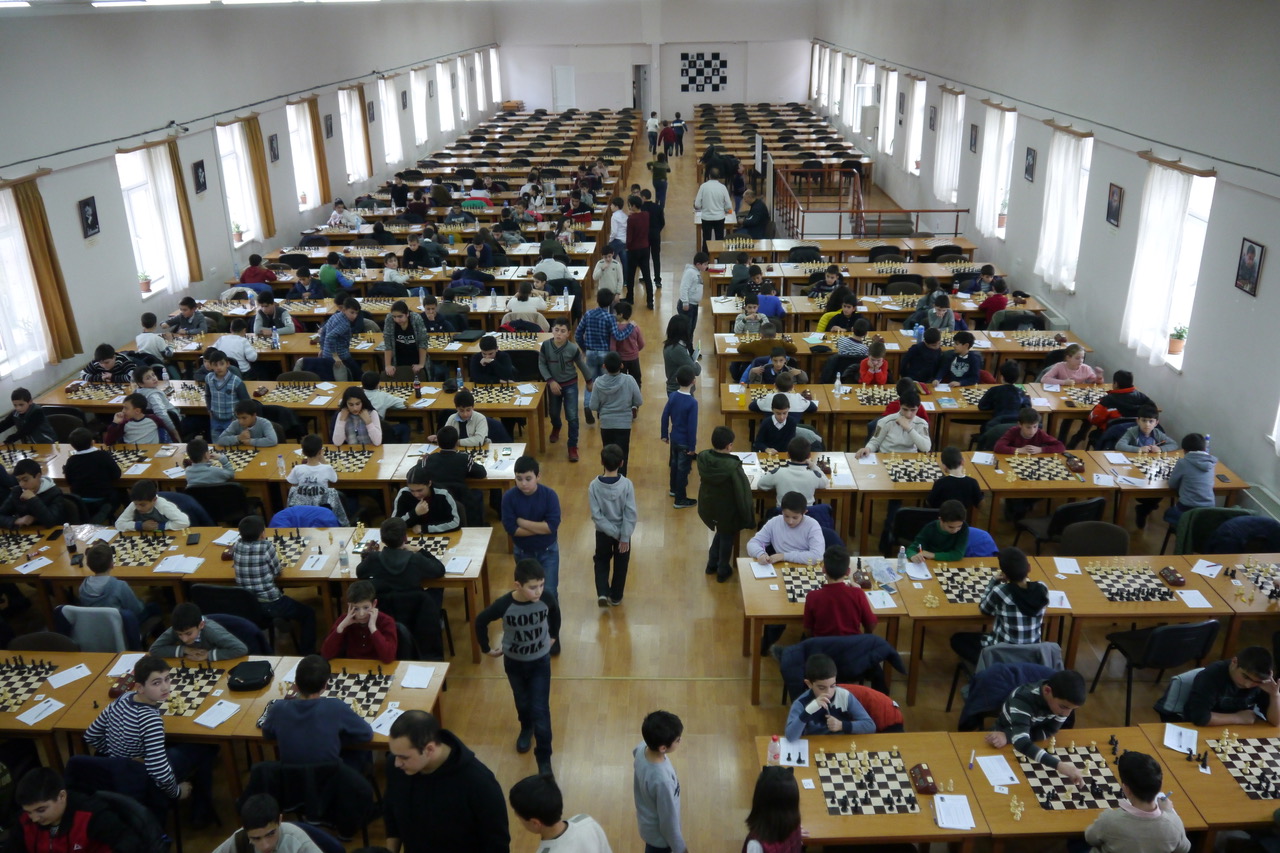 Oleg places the pawns on the board like it is shown in his book. Bishop on C4, queen on E2, the knights are already out. A new situation appears on the board. Now the seven-year-old has to show that he can still win the game. It is a common exercise: He plays against an imaginary player. Oleg stares at the black-white board. He grabs the bishop on C4 and wants to place him on E6 in order to capture the black queen. “Don’t touch! Think first!” his teacher yells. Immediately, Oleg pulls back his hand. “You have to know what your opponent will do next”, his teacher whispers, “otherwise you will lose.” Instead, Oleg places his white queen three squares to the right. The teacher comes to Oleg’s table. His big hand flutters above the board, one figure after the other has to leave the game. “Checkmate”, the teacher says. He captures the white king and wanders back to his desk. Oleg places the pawns back to the start formation.

Oleg’s teacher is Smbat Lputian. He leads the chess academy of Armenia which he founded fifteen years ago. In the south Caucasian country chess is a national sport – and since 2011, it is an obligatory subject at schools. Armenia was the first country worldwide which established chess in primary schools. Every child knows how to capture the king. Whereas the Armenian football-team did never qualify for a world cup and lost 0:1 against Gibraltar in October, the Armenians are part of the elite of chess. Thereby, it is not only about international honor for the country which used to be part of the Soviet Union: the Armenian children should become wiser humans through chess.

“Chess is a gift for children” 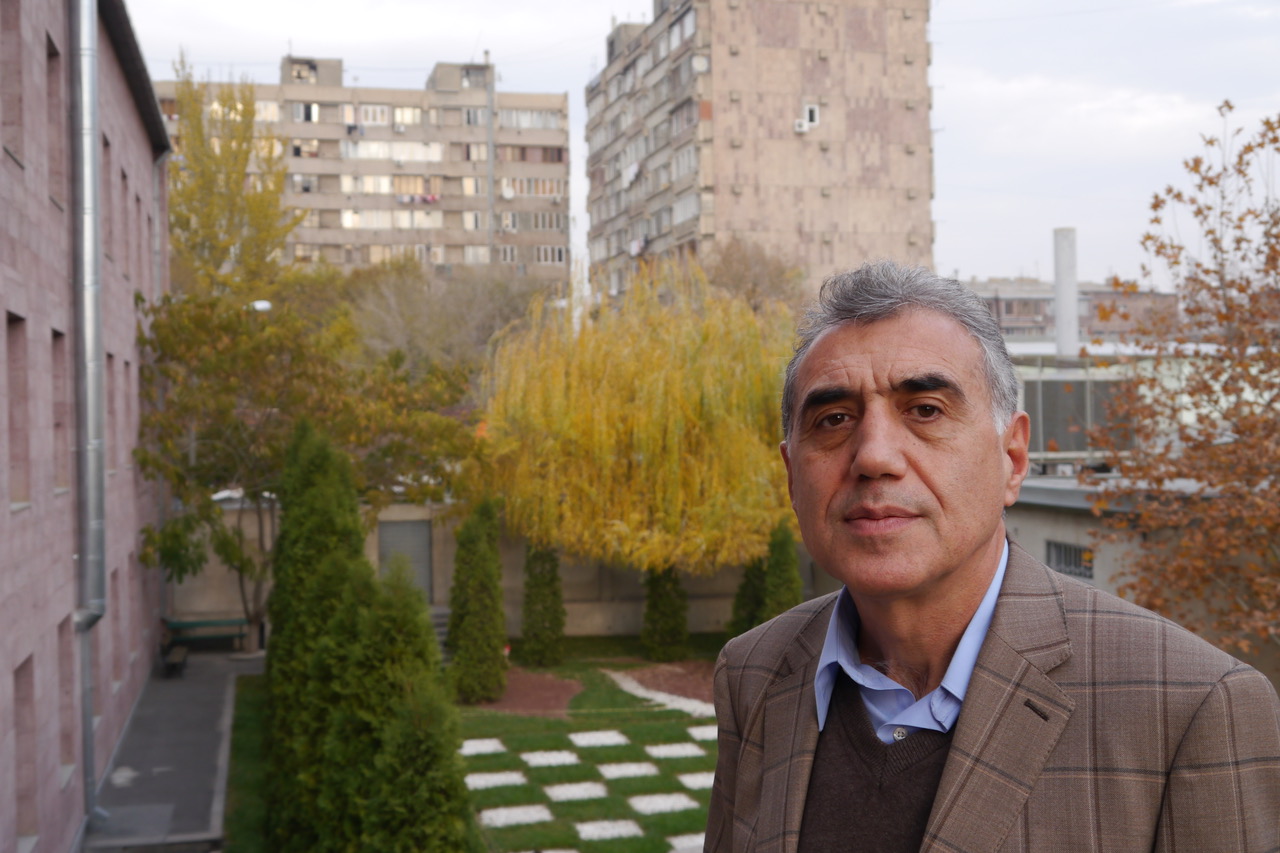 Lputian is convinced of the purpose of chess for the society. He used to be a successful player and has won the Chess Olympiad. He is a proud owner of the title “Grandmaster”, which the world chess federation confers as its highest honor. It is mostly Lputian’s merit that nowadays every child knows how to play chess. For many years, he promoted the idea of establishing chess as a school subject. In order to support the best talents, he founded the academy in 2003. Today, the academy has fifty other venues all over the country. Lputian is still the boss.

The main venue of the academy is located on the outskirts of the capital Yerevan. Parents are bringing their children three times a week. From the age of five, children can join the trainings for free. Small stone pawns are looking from the wall around the academy. More than hundred kids are playing a tournament in a huge hall on the second level. No one is speaking. Sometimes the crackling of a plastic bottle is breaking the silence.

One level below Smbat Lputian is sitting in his office. On the left, one can see a fine chess table, on the right a high bookcase with literature about chess tactics. “Chess is a gift for children”, Lputian says, “it helps to learn how to think.” Lputian is a serious man. It seems like he has thought about his words carefully. He lists the reasons why chess is so important for children. It is a fair game which could never lead to injustice, Lputian says. Besides, children would learn how to decide independently. Their parents have to wait in the corridors. “Chess is strengthening the power of concentration”, Lputian explains. Children could exercise to react to unexpected situations. Moreover, chess would help children in other school subjects or their further life.

Serzh Sargsyan is still president of the Armenian Chess Federation

Nevertheless, it didn’t need chess in schools to enshrine chess in the Armenian identity. Again and again, one can see younger and older people playing chess in the streets of Yerevan. This has to do with Tigran Petrosian, a national hero. The Soviet Grandmaster was born to Armenian parents and was world champion from 1963 to 1969. Therefore, he popularized chess for many Armenians. Since 2018, he graces from a banknote, a big memorial reminds of him in Yerevan. 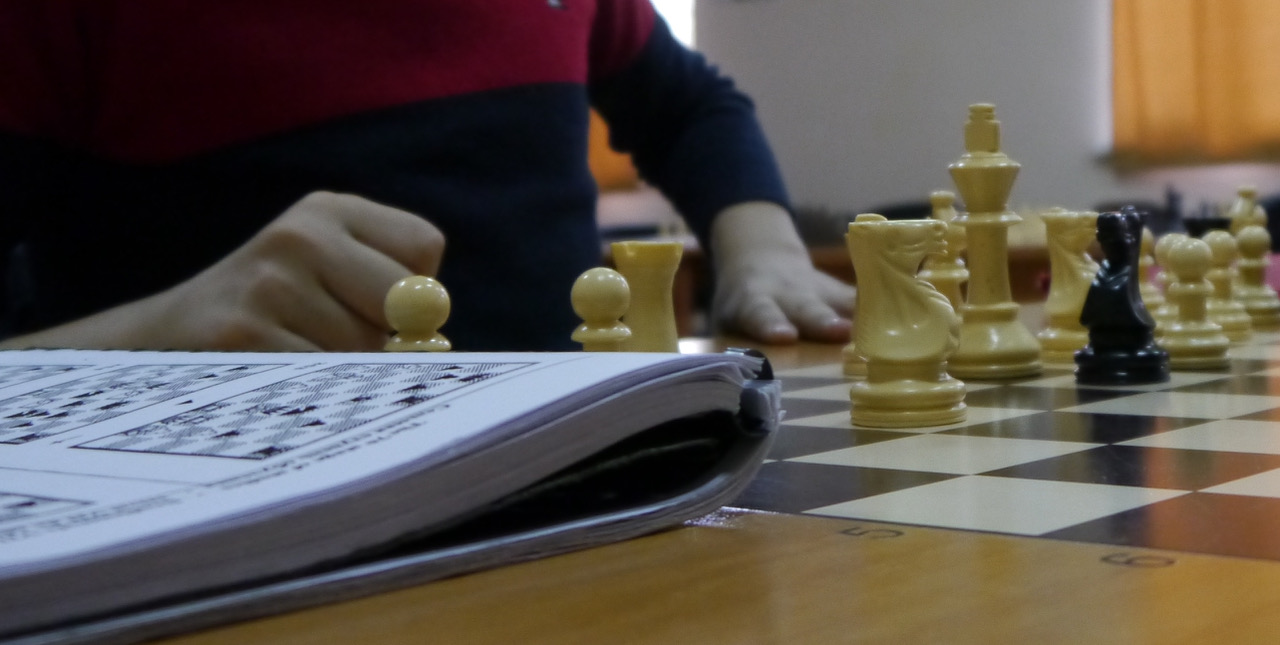 But in order to receive support from the government it needed political help: The former president of Armenia Serzh Sargsyan (Republican Party) himself likes to play chess. Since 2004, he is the head of the Armenian Chess Federation. He is still in this position although he resigned as a political actor as a consequence of the so called “Velvet Revolution” in April 2018. Hundreds of thousands of Armenians walked through the streets in order to protest against Sargsyan.

Especially young people participated in the demonstrations. Their perspectives are quite bad: last year, the unemployment rate of young people reached nearly 40 percent. This is not the only problem of Armenia where three million people are living: the country has a military conflict with Azerbaijan because of the region Nagorno-Karabakh, the boarders to Turkey are closed. Furthermore, the corruption rate in the country is very high. A student in Yerevan is telling that she needs to bring cash to a job interview in order to have a small chance. Consequently, many young people are leaving the country. They are moving to Russia or the European Union.

During the protests, the people accused Sargsyan of fostering corruption in Armenia. Moreover, they protested against an intended change of the constitution. In their opinion, this change would have made Sargsyan to a life-long-ruler. “The government has always supported chess”, Lputian says. He avoids a clear statement regarding the political events in his country. Except: “Even the wisest chess players fail sometimes, even they are doing mistakes.” It is unknown if the following government with the designated new prime minister Nikol Pashinyan (“My Step” alliance) will support the sport as the one before. Lputian does not want to make a prognosis. For now, the vice-minister for education and science Hovhannes Hovhannisyan mentions: “We want to change a lot, but chess will be supported in the future, too.”

How is the situation in other countries? Lputian tells that colleagues from Poland, Turkey and Uzbekistan already asked him how they could promote chess in their countries. Even in Germany, more schools are offering voluntary chess lessons. For example, Bremen started a pilot project: 1500 primary school pupils will participate. Oleg has probably never heard of Bremen yet. But this is no problem at all: For now, it is more important to learn how to capture the black king.