December 15, 2019
Forum German-Armenian Journalist Exchange 2019
‘WE DO NOT WANT TO LOSE PEOPLE — WE WANT THEM TO RETURN’ 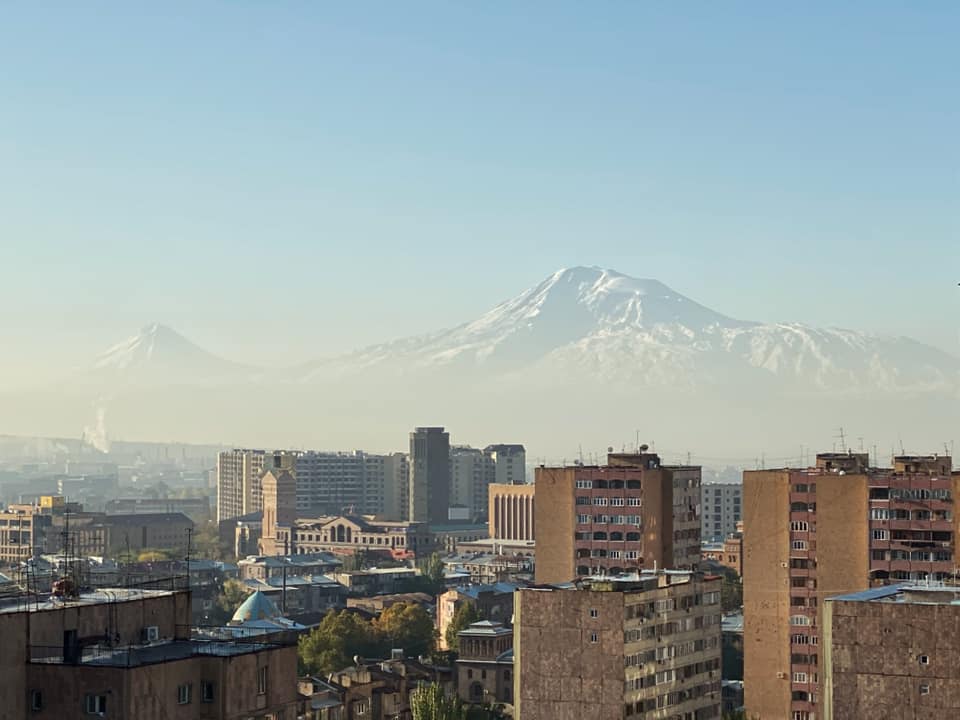 The new Armenian government wants the diaspora to return to their homeland. Reforms after the Velvet Revolution are supposed to increase attractiveness for repatriates.

At first, Aramayis Madatyan was only able to see the revolution unfold via the Internet. While fellow Armenians took to the streets in Yerevan, the 30-year-old was living 7,000 kilometers from his home country. The young man had a job as English teacher in Xiamen, a city located on China’s east coast. In 2015 Madatyan had emigrated. “The economic situation was not good,” he tells in retrospect. “There was no hope for a better future,” He continues complaining about the widespread corruption of that time and the government not caring much about the concerns of young citizens. “Without contacts, it was difficult to find a job in Armenia,” the 30-year-old explains. And so he decided to leave his homeland, like many others. 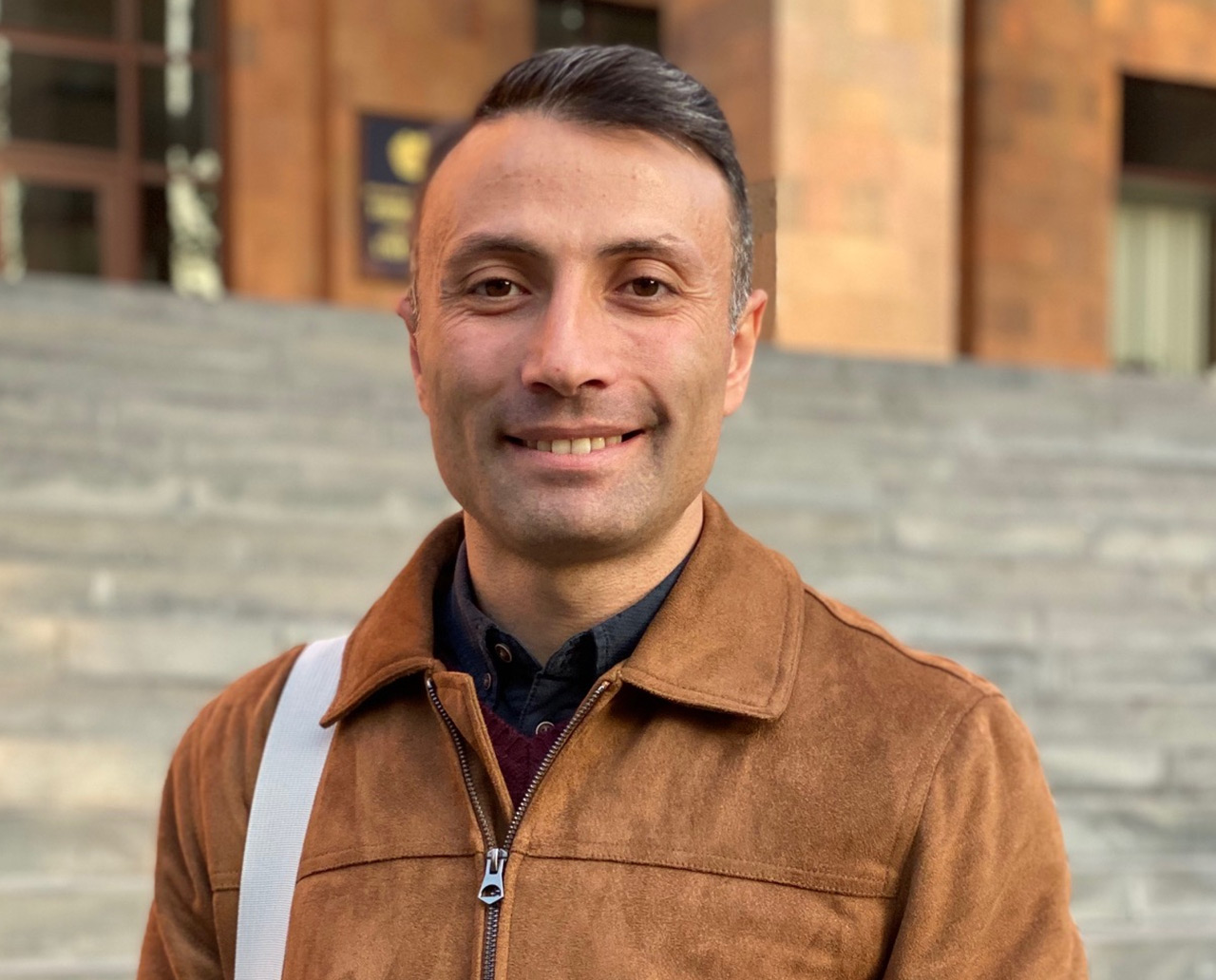 Madatyan first went to Estonia. He studied International Relations in Tallinn, a fellowship opened the way out, so he could turn his back on the dreary outlook for Armenia’s economic and political future. After graduation, Madatyan got a job offer to move as a lecturer to China. He did not hesitate to take the job. “I thought I have go for this and try,” he explains. In China, finding a well-paid job would be easier than in Europe, he thought. In 2016, he started at a language school, quickly rising from a teacher to a supervisor of 15 other lecturers. He also launched his own school, earning up to $5000 a month, which is almost twenty times the average wage in Armenia. Then the revolution happened.

In April 2018, tens of thousands of Armenians protested in Yerevan against Serzh Sargsyan, who was unable to remain President after two terms in office and planned to become Prime Minister, with powers transferred to his new position. For his opponents, Sargsyan and his  autocratic regime were the epitome of corruption and nepotism. Everywhere in the country, citizens were confronted with a pyramidal system of corruption, with senior officials up to Sargsyan himself on top. At that time the economic situation in Armenia seemed hopeless. Unemployment among young Armenians reached nearly 40 percent. Many were leaving the country, as they could not see any future there, like Madatyan. But in April 2018 the streets and squares all over Armenia were full of mostly young demonstrators fed up with the old regime.

For weeks, the so-called Velvet Revolution remained peaceful. In the end, Nikol Pashinyan, leader of the mass protests, took over the government. The parliamentary elections of December 9, 2018 confirmed him in office. 73 percent of voters were confident in him and his team.

“What happened in Armenia was breathtaking,” Madatyan recalls. In China he felt homesick and had an urge to be part of the revolution. He booked a ticket to Yerevan, took part in the revolution, felt impressed by the energy of the protesters. He then returned again to China — for a short period. In May 2019, one year after the revolution, Madatyan moved back to Yerevan, where he currently teaches Chinese at a local university and guides Chinese tourists in the Armenian capital. Further, he is planning to open his own private language school.

This is his share of the new Armenia. “So much is happening here,” Madatyan says. Yerevan is the place, where he feels useful — for his country and for himself. That is more important to him than a high income. “We have hope for a better future,” Madatyan explains.

And Armenias are full of hope for changes in the country, huge hope.

The previous government was only interested in power to pursue its own interests, many say. The new government, instead, wants development for Armenia. Nikol Pashinyan promised to lead the country towards more democracy, boosting the economy and fighting corruption. Many activists from civil society have changed sides, finding themselves in the government or parliament.

Mikayel Zolyan is one of them. He is a member of the ruling “My Step” faction. Before the elections, the historian worked for Yerevan Press Club. “Armenia is reinventing itself,” Zolyan says, “Armenia should be democratic, free and fair. It’s a historic moment for the country. We are responsible for the fate of the revolution — for it to succeed as citizens expect,” the MP states. 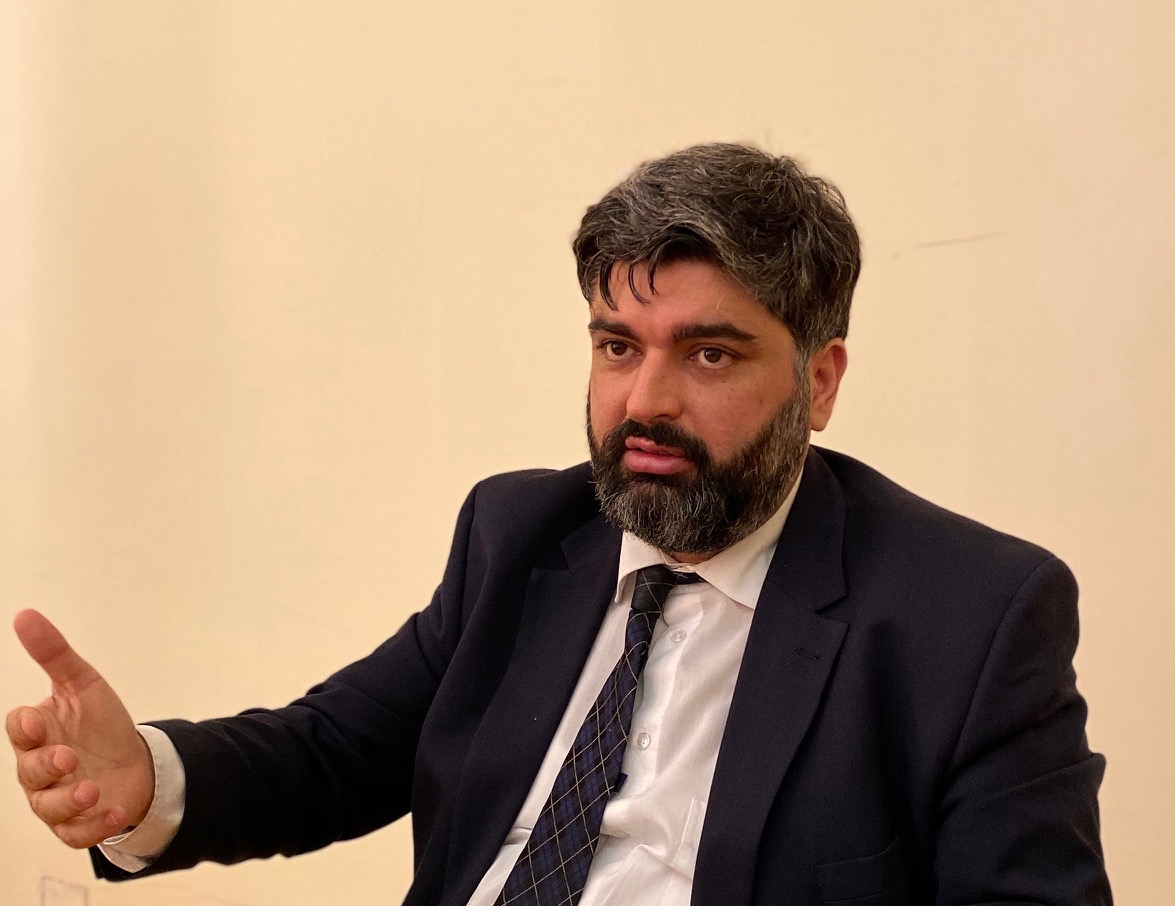 The revolution, though, has not come to an end yet. According to the MP, the executive and the legislature were “liberated”, but the legal system is still considered permeated by old cadres. “The judges are corrupt, people do not trust the courts,” Zolyan criticizes. From his perspective, it might take “years to get rid of the corruption completely.” Anyone who takes bribes has to expect harsh penalties. However, a new anti-corruption body for a stronger fight against such crimes will come into place not before 2021.

The next step for the new government after the political change, is the reconstruction of the economy. It has been freed from many monopolies and oligarchs over the recent months. Now tourism as well as agriculture and the IT sector are to be expanded. Small and medium-sized enterprises are expected to be run more easily,  so more citizens can leave the widespread illicit work and start legal businesses.

This is one of the tasks of Zaruhi Batoyan, Minister of Labour and Social Affairs. She is particularly committed to helping socially disadvantaged people to get into jobs. “Work means dignity,” she referees to the credo of PM Pashinyan. A job should be the way to live a dignified life, explains the Minister. 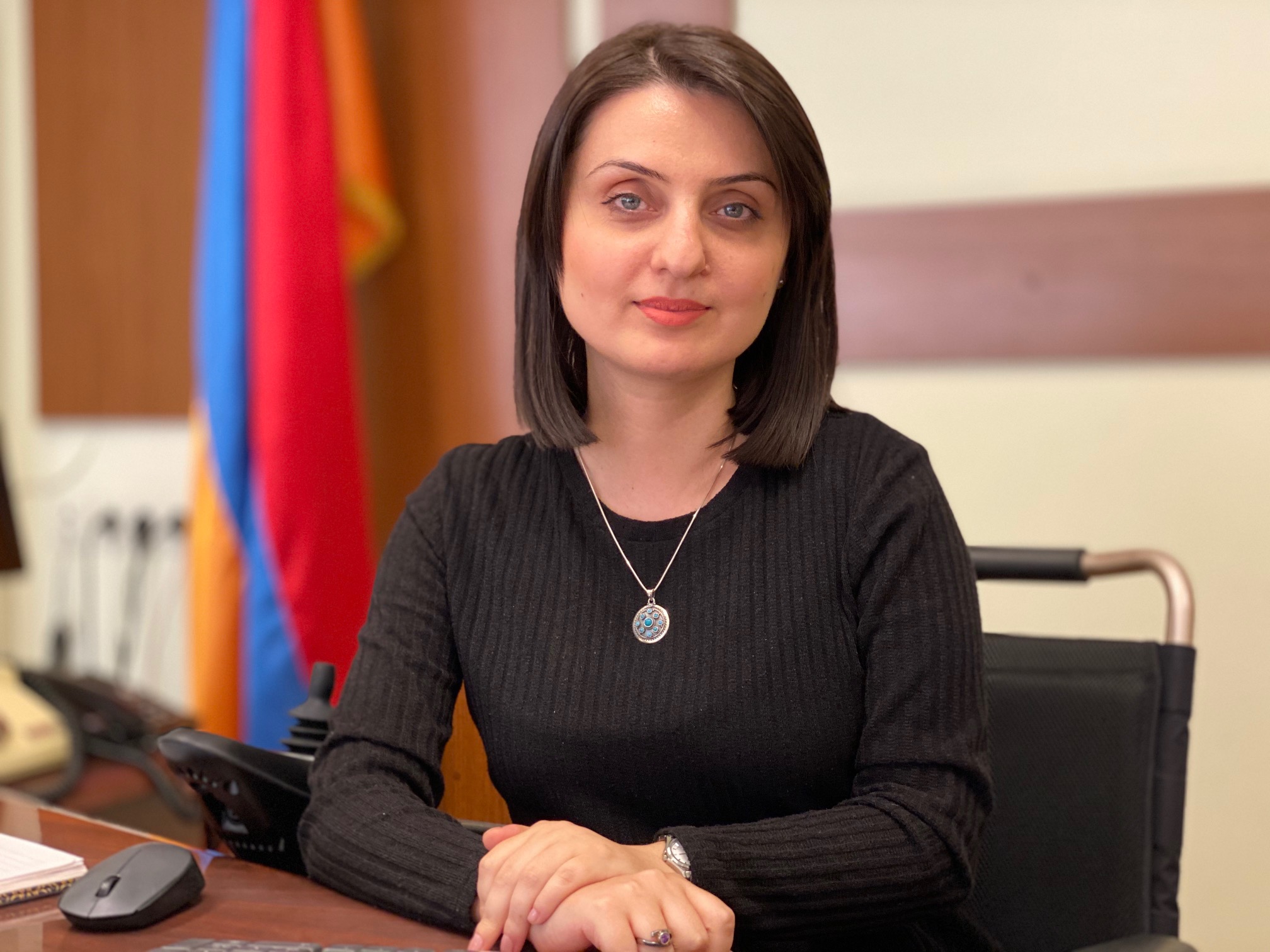 “Armenia is moving towards democracy,” notes Armen Vardanyan, political expert for the Armenian Institute of International and Security Affairs, a Yerevan-based think tank. “Since the Velvet Revolution much progress has been made in various areas. Last year’s elections were the “most transparent and fairest since 1991,” Vardanyan says.

However, there are still tasks that the government must tackle. In addition to the fight against corruption, the foreign policy is among the most pressing issues. Relations with the immediate neighbors are difficult: Armenia has no diplomatic relations with Turkey and Azerbaijan due to conflicts about the Genocide and the disputed region of Nagorno-Karabakh. Armenia has better relations with Georgia and Iran, though, it is not free from difficulties, as Armenia also wants to hold close relation with the US.

No less complicated is the relationship with Russia and the EU. In 2015, Armenia joined the Eurasian Economic Union dominated by Russia. Moscow is an important partner and protector of Armenia. At the same time, PM Pashinyan wants to lead the society towards more European values, as he wants to raise the living standards. This rapprochement is expected to happen through the Comprehensive and Enhanced Partnership Agreement (CEPA), signed between Armenia and the EU in 2017.

“We try to combine the best of both worlds,” MP Zolyan explains. “Russia is important for the security of the country. At the same time, we have the same values ​​as Europe: rule of law, human rights, democracy,” he says, “further, the EU could help to modernize the country.” 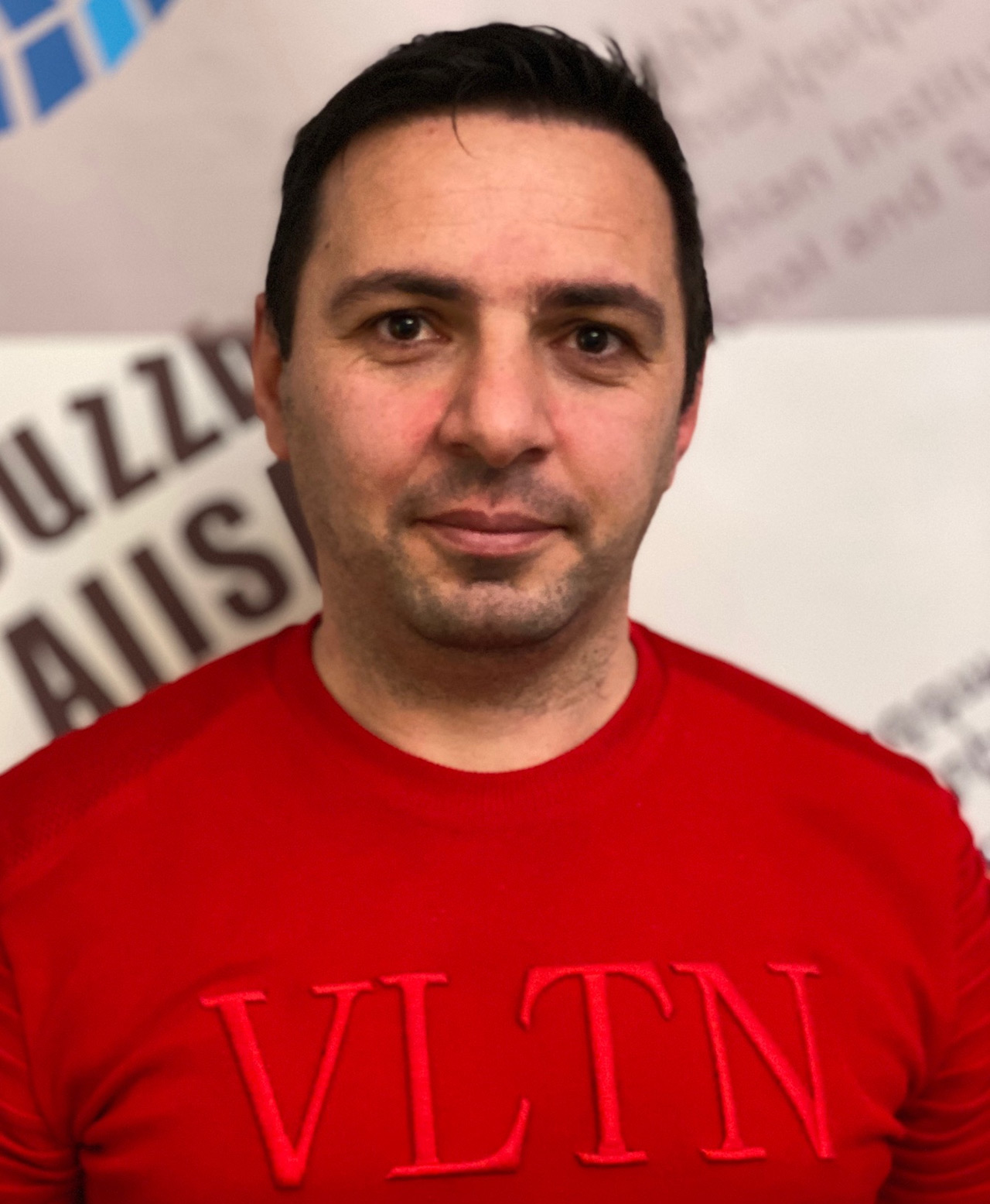 The new government inherited a “difficult legacy,” expert Vardanyan says. One year after the election in which 73 percent voted in favor of Pashinyan’s party, the government has nowadays an official approval rating of 67 percent. Vardanyan estimates a maximum of 50 percent, if a new election were held today. “Some part of the population is disappointed,” he says, “wishing for more radical reforms.”

Minister Zaruhi Batoyan knows that the problems in the country are deep-rooted. “We are working very hard and long every day, and yet that’s not enough to speed up changes after the revolution,” she says. The revolution has brought “freedom in all spheres,” she notes. “People want to make a difference in all areas,” the Minister continues. And she did expect people “to be so active”.

The government relies on the help of its citizens, especially those who returned from abroad. About three million Armenians live in the republic, seven million are scattered all over the world. Basically, two events led people into emigration: first, the 1915 Armenian Genocide within the Ottoman Empire, and second, the devastating 1988 earthquake in Gyumri and the collapse of the Soviet Union followed by the war over Nagorno-Karabakh and a massive economic crisis in the 90s — emigration continues today. Many moved to Russia, France, the USA, Latin America. According to some estimates, up to 60,000 Armenians live in Germany.

The government in Yerevan wants the diaspora to return to contribute to the economic development and to tackle demographic problems. Further, brain drain is one of the biggest challenges for Armenia. “In recent years, many Armenians have left,” says MP Zolyan. “We do not want to lose people. We want them to return, from abroad to their homeland.”

Statistics show that in 2018 the number of Armenias returning has been higher than Armenians leaving the country. For 2019 numbers are supposed to be similar.

Despite growing numbers of immigrants, Aleksandr Grigoryan, a professor of economics at the American University in Yerevan, doubts this trend to last long. Immigrants or Armenias who recently decide against emigration could be even more disappointed if the hoped-for change does not happen fast enough, for example, if wages do not rise as expected. “People might feel like they have been cheated,” warns the professor. “Over the past 20 years, the number of disappointed emigrants has always increased after elections,” he says. After the Velvet Revolution, the expectations are now much higher compared to the past — and even easier to disappoint, he fears — so the desire for emigration might increase even stronger.

Grigor Yeritsyan, President of “Armenian Progressive Youth” NGO predicts that “anyone who has a chance to leave the country will take it.” The economic situation will not be the reason for that: in his view, it is also related to discrimination and human rights. “Our country is losing a lot,” Yeritsyan says, “but I am very hopeful that it will change.” 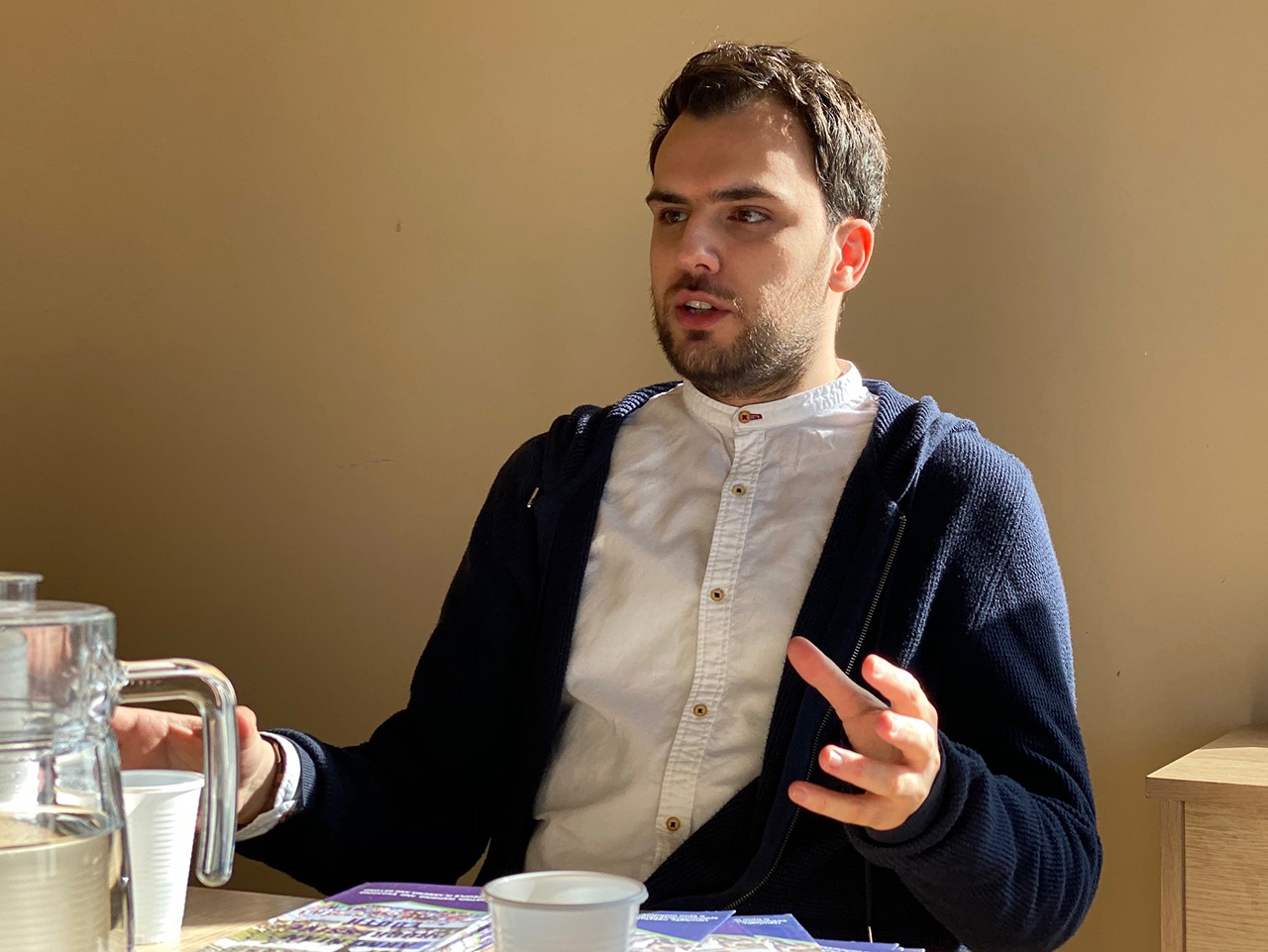 One of the places for those who want to leave Armenia is the German Sprachlernzentrum (Language learning center) in the heart of Yerevan, a Goethe-Institut partner. Armenias come here, because they want to study at a German University, stay as Au Pair or find another job, for instance in the health industry.

Tigran is one of them. The 43-year-old surgeon with gray hair and glasses, attends the upper-intermediate B2 level. Of course, he explains why he wants to move to Germany: money is important for that decision, but his main desire is to develop his professional skills.  “It’s very important to get a progress,” he says. When asked by some friends what it is like for him right now to leave the country after the revolution, Tigran’s answer has been “I have only one life and want to change something.” “Armenia is on the way to democracy,” the surgeon says, and he likes that a lot. How long he wants to stay in Germany, however, whether he thinks of returning, he does not say.

Oliver Bilger works for the Berlin based daily “Der Tagesspiegel” and other German newspapers. He studied politics and communication. In his work he regularly focuses on Eastern Europe, CIS countries and especially Russia since years.