December 7, 2018
Forum German-Armenian Journalist Exchange
WHAT MATTERS IS THE REVOLUTION IN MIND, NOT THE HEAD OF THE REVOLUTION

A crowd of people has gathered in front of the government building at Republic Square, central Yerevan. Curious passengers stop by, turn on their live-streams, nervous police officers try to keep control. “The problem that we have brought up was neglected!” a young man complains. “Excuse me, how is it neglected?” Nikol Pashinyan objects, “We are aware of the obligations we have towards you. I know that you might think that problems can be solved in one month, but sometimes it happens in the government that solutions experience certain delays.”

Few days before the parliamentary elections in Armenia at December 9th, the times of euphoric exuberance seem to be over. In April this year, at this exact place, protests against former president Serzh Sargsyan reached its climax and transformed the square into a symbol of freedom and self-determination for the Armenian people. Today, the acclaimed leader of the revolution Nikol Pashinyan sees himself confronted with more and more critical voices – What has become of the globally celebrated “velvet” revolution? 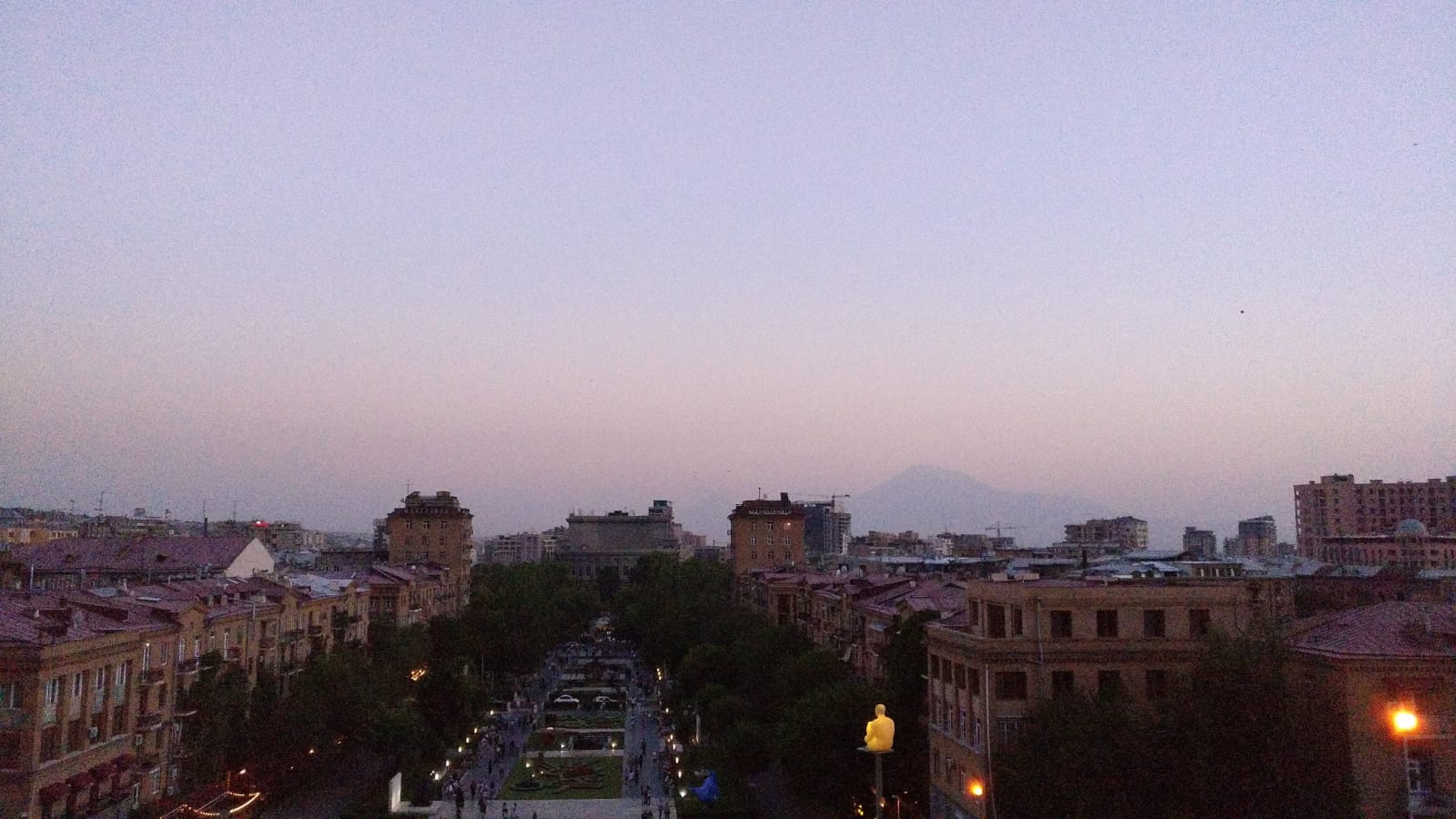 It wasn’t really a revolution, is what one hears a lot during these days. That sounds little astonishing  coming from Armen Ashotyan of the discharged former ruling party “Republican Party of Armenia“, who speaks of a takeover of power without any changes in the political order and wants to warn European countries of such a “manipulation of the public“. But also officials like Ekaterina Dorodnova from the European Delegation in Armenia prefer to call it a “peaceful transition“ – a profound innovation of structures and processes cannot be seen so far.

We must face the hurtful truth: Nikol Pashinyan is a populist. For Armen Ashotyan he is the “grand-master of easy answers”, who “promised everything to everyone and changed nothing”. Expressed more carefully, Pashinyan has created unrealistically high expectations among the public which he can’t do justice to: in his speech at the celebration of 100 days of his rule, he claimed to have solved the problem of corruption among ruling elites completely, saying “all citizens have direct control over everything in Armenia” and promising to take back every single Armenian dram that was taken away from the state for personal enrichment. Pashinyan’s extreme popularity developed thanks to his compelling rhetoric into an almost biblical admiration, which could fade away as fast as it appeared. He must deliver, today rather than tomorrow. And so far, he takes his time. 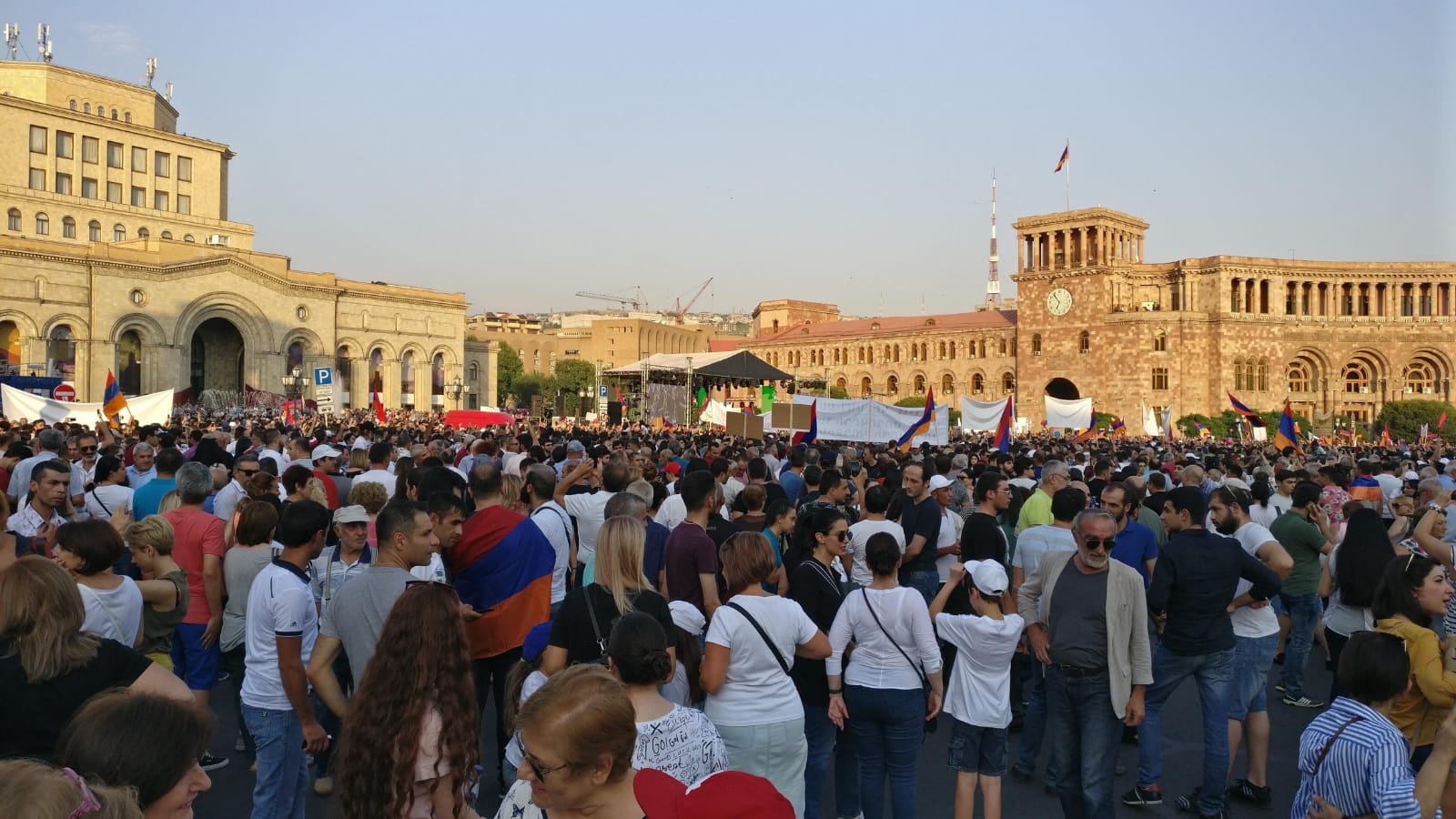 Armenia’s political system is restrained by informal power relations, in which individuals and groups want to see their specific concerns be resolved directly – better known as clientelism. Claim of the revolutionaries has been to tackle exactly these structures, to democratize the country, to fight corruption. While they might be able to slowly counteract clientelistic structures on a local occurrence, the mindset of clientelism seems to be simply transferred to a national level. The approach of asking leaders to resolve one’s concerns instantly and directly exchanging outcome for support is remaining. In a democracy, changes take time, decisions have to be taken according to prescriptions, reforms have to be debated, decided and implemented. Even though bureaucracy should never gain the upper hand, civil society usually can’t expect immediate results. And if they do so, their disappointment is almost inevitable.

Until now, the support among the people for Nikol Pashinyan stays at an unearthly level, according to estimates, his party could win 70% of the votes – with the consequence of a breakdown of the opposition. Additionally, many former critical journalists and political analysts now line up for Pashinyan’s party and lose their independence. And who decides to stay part of the fourth power, is confronted with a public, that harshly neglects any critic of the rulers. Talking to journalists, the issue of self-censorship frequently comes up: “There is a problem of not wanting to criticize Pashinyan’s government. Media and journalists consider themselves to be protectors of the revolution. After the elections, hopefully they will gain more distance again: the goal is to keep the media critical of the government,” says Nouneh Sarkissian who works for “Media Initiatives Center.” 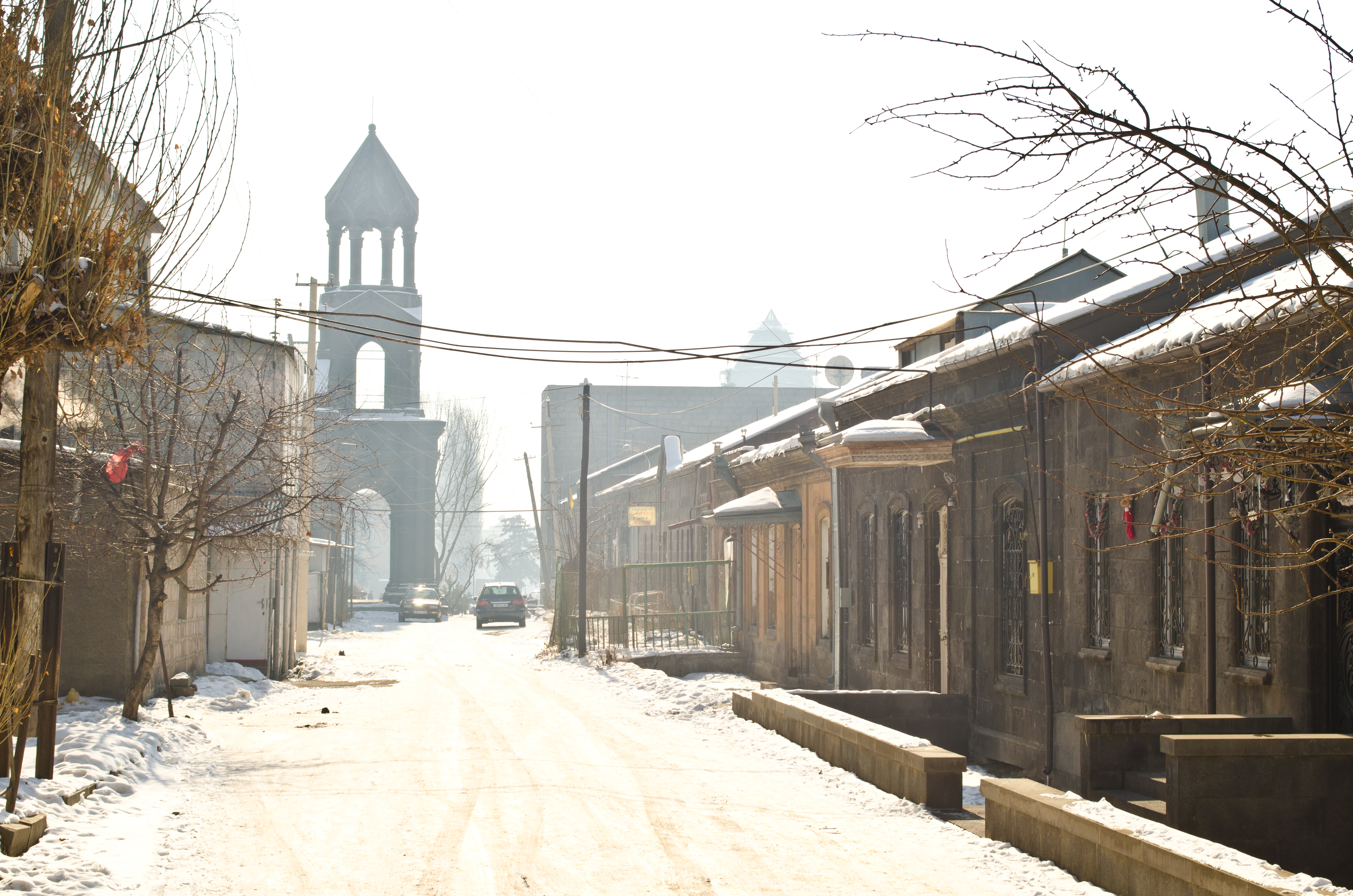 At the same time, Pashinyan’s populistic course was the kind of rhetoric that made the peaceful takeover possible in the first place. Populism is a pretty negatively perceived terminus, a synonym for undemocratic, power-craving politics. The current emergence of populist tendencies in Europe, the USA and post-soviet countries is accordingly to its manifestations correctly labeled as a challenge or problem, that must be confronted decidedly to defend democratic institutions. But populism is first and foremost a political strategy, without any specific ideological content, claims French philosopher Chantal Mouffe in her new book “For a Left Populism.” For Mouffe, the left-wing populism is even necessary in order to defend democracy against the predominant neoliberal consensus amongst the established political parties. These constantly converge their positions, while democratic values like equality and sovereignty of the people descend. What is needed to rupture this “consensus of the centre,” is the creation of a political frontline between the “people” and the “oligarchy” – populism delivers the political strategy to do so. Unfulfilled demands of the public need to be bundled together, with the aim of a “radicalization of democracy”.

Even though Pashinyan expressed his support for a liberalization of the Armenian markets and the opening for foreign investors, which means a stronger integration into the “neoliberal hegemony,” his “velvet” revolution can be understood as a success story of Mouffe’s reading of populism. Pashinyan’s economic policies are better seen as necessary step to dissolve oligarchic, even criminal structures, which are visible for example in the sugar monopoly. His whole agenda was built on precisely this frontline between the “oligarchy” and the “people”, the refusal of corrupt elites. He was able to reduce the upset of the Armenians to a common denominator. After the elections, we shall see if this style of politics can do justice to the diversity of underlying demands: conflicts of interest, like jobs versus environmental protection, and unpopular decisions can’t be avoided forever. Sooner or later the support will shrink and by than he needs an agenda that exceeds the union of the people: “The revolution has ended. Time to give up the revolutionary vocabulary, time to give up the emotional, euphoric approach. Time to govern,” demands Anush Sedrakyan, political analyst. 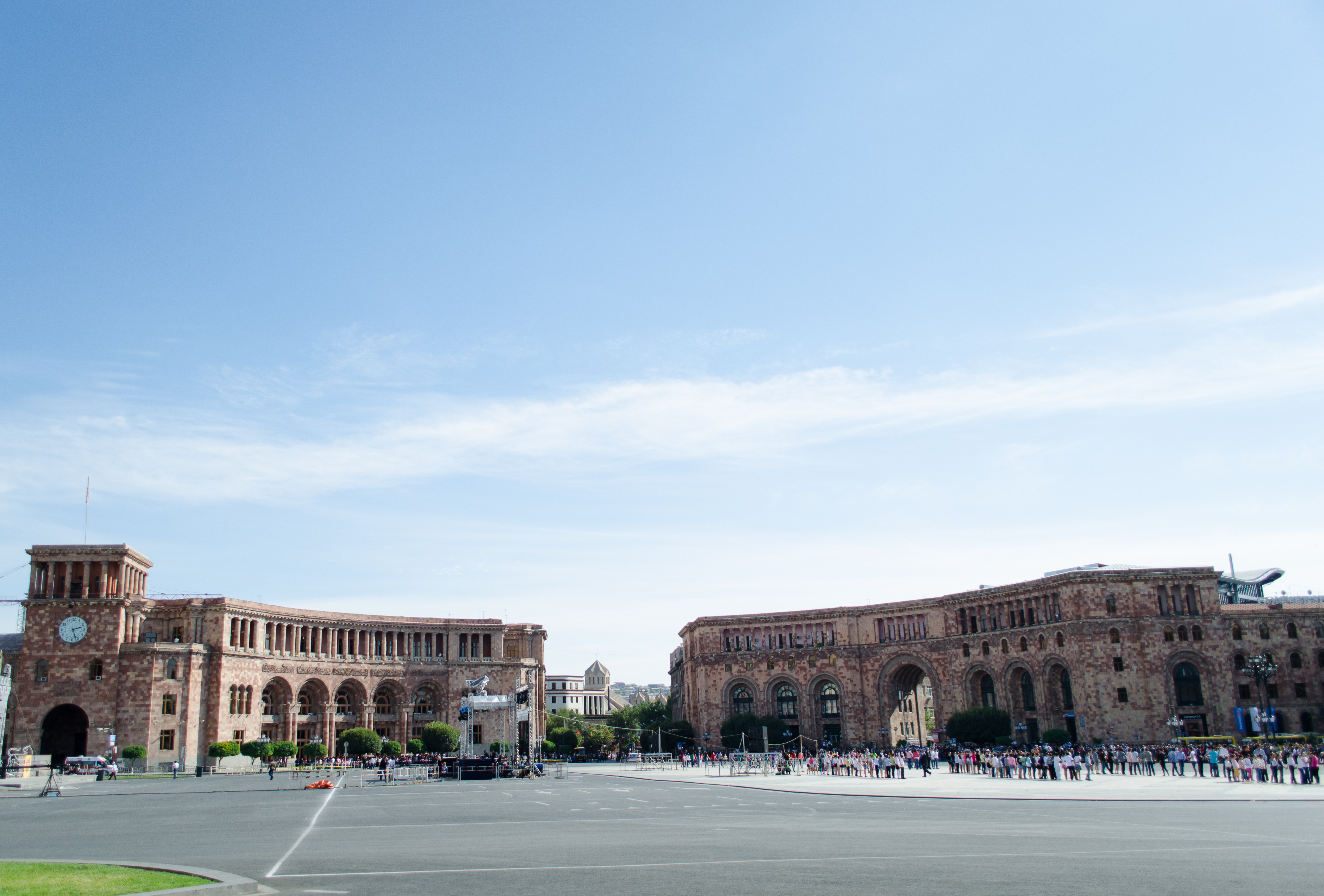 In a couple of days, the former revolutionaries will turn into elites. For all criticism the Republican Party frequently expresses about the inexperience and lack of organization of Civil Contract, the hope for a non-corrupt, able and democratically minded government outweighs their concerns by far. What sounds like a matter of course, applies on no account to all deputies and intimates of the Republican Party. Connections to mafia-style structures used to be the norm, corruption was commonplace: the bodyguards of the second president of Armenia, Robert Kocharyan, killed a man in 2001 at a café toilet, because he greeted the president with the casual words “Hi Rob.” Now, Kocharyan faces investigations of his role in the deadly 1 March protests in 2008. Manvel Grigoryan, former Republican Party deputy and military general, was arrested in June for illegal possession of firearms and ammunition. He is also convicted of embezzling canned food that was donated for soldiers during the April War by kindergarten and school children that he reportedly used to feed his makeshift zoo. This compares with the new elite under Nikol Pashinyan that numbers a plurality of political analysts, journalists and activists, employees of universities or NGOs.

Furthermore, it is expected that the upcoming parliamentary elections will take place without any electoral fraud – again no matter of course. It used to be an established practice to buy votes on a grand scale and pressure voters. Already because the new government simply isn’t in the need to manipulate to attract enough votes, fair and free elections are likely. But above all, a political culture seems to evolve, in which no one wants to sell their vote for a few Armenian dram anymore.

To what extend the political culture renewed has yet to show. A “revolution in mind” would be a major achievement of the changes, since the self-conception of civil society as powerful political protagonists is fundamental to every democracy. Political analyst Mikael Zolyan is one of the freshman joining the political scene to support Civil Contract. He believes that it is the right time to actively participate in the country’s transition and feels for the first time optimistic about Armenia’s future: “It might be two steps forward, one step back. But it still is one step forward.” 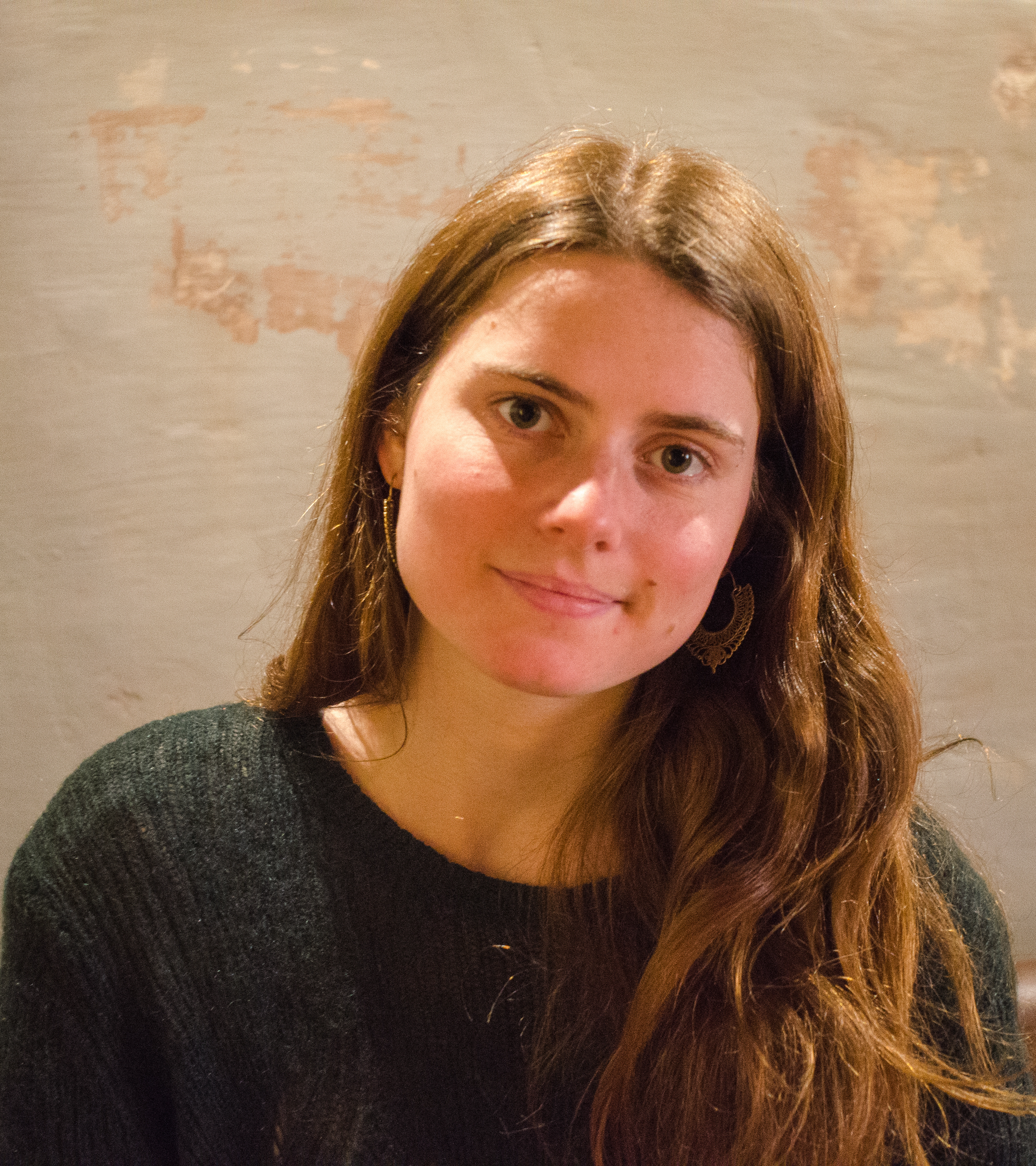 Luise Glum is studying political science, economics and religious studies in Munich. She started working in journalism at a local radio station and is now a freelancer based in Munich.