One of the first discoveries during my stay in Berlin was the existence of Gender Equality Officers (GEO) at German government institutions. Seeking to learn more on their role and function (and at the same time to satisfy my curiosity), I hurried to a meeting with Dr. Mechthild Koreuber, Chief Gender Equality Officer at Freie University.

In a cozy office with posters on girls in science and against domestic violence on the walls, I met Dr. Koreuber, who at the beginning of our talk asked me about a legal framework on gender equality in the field of education in Armenia. The first thing that came to my mind was the legislation on domestic violence and heated discussions around it. But as such, there is no legal framework in this field in our country. But what about Germany? From this moment, the most exciting part began.

1989 is a significant year for Germany. That year, Germans developed a new higher education law, which included the idea of GEO. It was expected to have GEOs at central and departmental levels as full-time and part-time jobs. It is noteworthy that it was considered a job and not voluntary work. Dr. Koreuber, for example, is a full-time officer for about 20 years.

When asked on how Germans came to the point they needed GEO, Dr. Koreuber explained that at the end of the 80s, it was clear that “women were power”. It was easier for Germans to have a discussion on gender equality because they did have a traditional concept of gender roles like in the South Caucasus countries. Then they started to involve different non-governmental organizations in their work. And now GEO is financed by the government. Dr. Koreuber was the first woman to have a diploma in Math in her group. According to her, there was a problem with a system, thus at first it was hard for her. 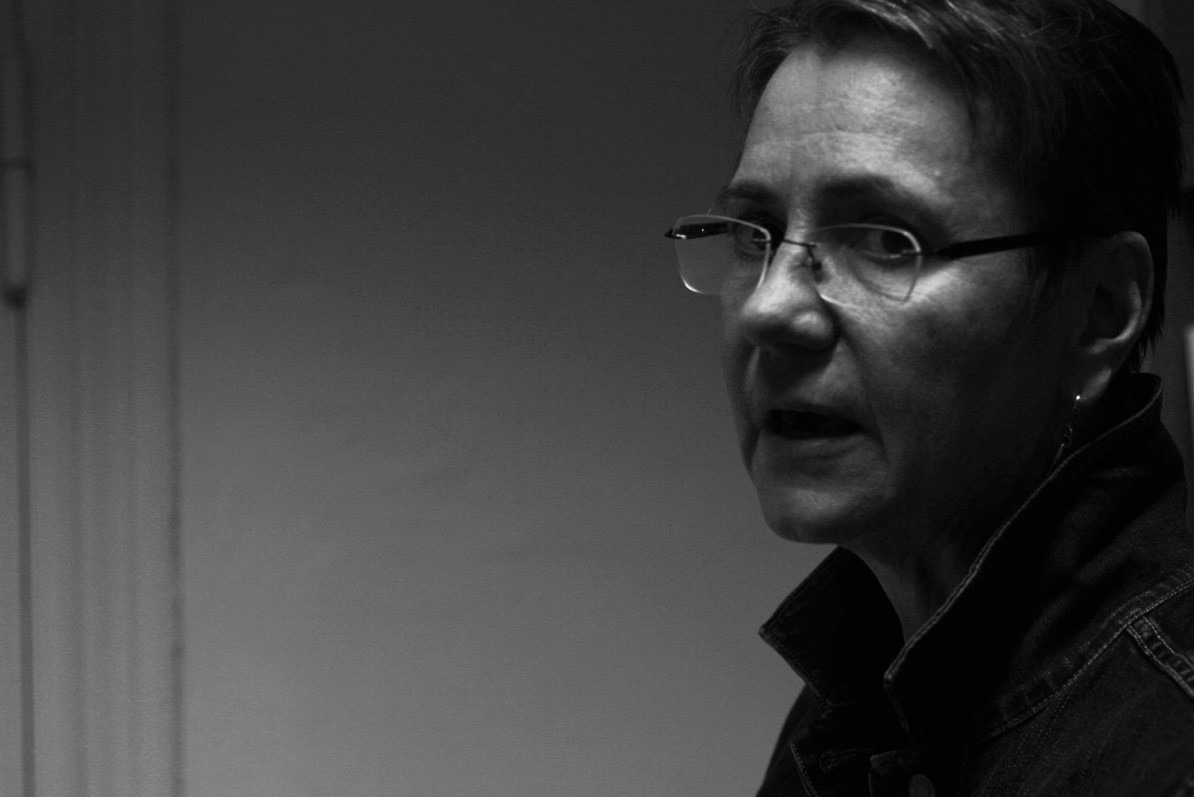 “We needed a platform to discuss our problems and understand that we, women, need to be empowered. It was important to realize that it was not an individual problem. The problem was with a system…”

During our talk I discovered another interesting fact: in the beginning, only nine percent of professors at Freie University were female. Now this number has reached thirty percent. As for the future, Dr. Koreuber sets a goal to have fifty percent of female professors.

Article 3 of the German Basic Law (the German Constitution) “Equality before the law” reads: “Men and women have equal rights.” Here one can find a reference to Article 1 of the Universal Declaration of Human Rights, which states that all people are born free and equal in dignity and rights.

The next paragraph of the Article refers to the positive obligations of the state in promoting gender equality. Moreover, it is the state to ensure the implementation of equal opportunities policy for men and women and take steps to eliminate the shortcomings that impede the achievement of gender equality. This means that universities also take responsibility to ensure equality in education by appointing their GEOs.

There is also the Berlin Higher Education Act, which, in Dr. Koreuber’s view, is very important for gender policies at universities. It includes all the statutory areas of a university that have to be regulated by law. The institutions of higher education shall promote equal development opportunities for women and men based on their qualification and shall eliminate existing discrimination against women.

Each higher education institution must adopt a statute, which establishes regulations for the realization of gender equality opportunities in terms of staff, finance and content. It includes:

1.      Procedure for appointment to professorship;

2.      Education, training and development of scientific and non-academic staff;

3.      Participation of women on boards and in commissions;

5.      Protection of members of the university against sexual harassment;

The Berlin Higher Education Act also requires all universities to touch upon the topic of sexual harassment and violence in their statute.

Each university must choose a GEO at the central and departmental levels. At Freie University, at the central level, there is a full-time Chief GEO and her two part-time deputies. The Chief GEO is an independent body and is elected by female members of the university. 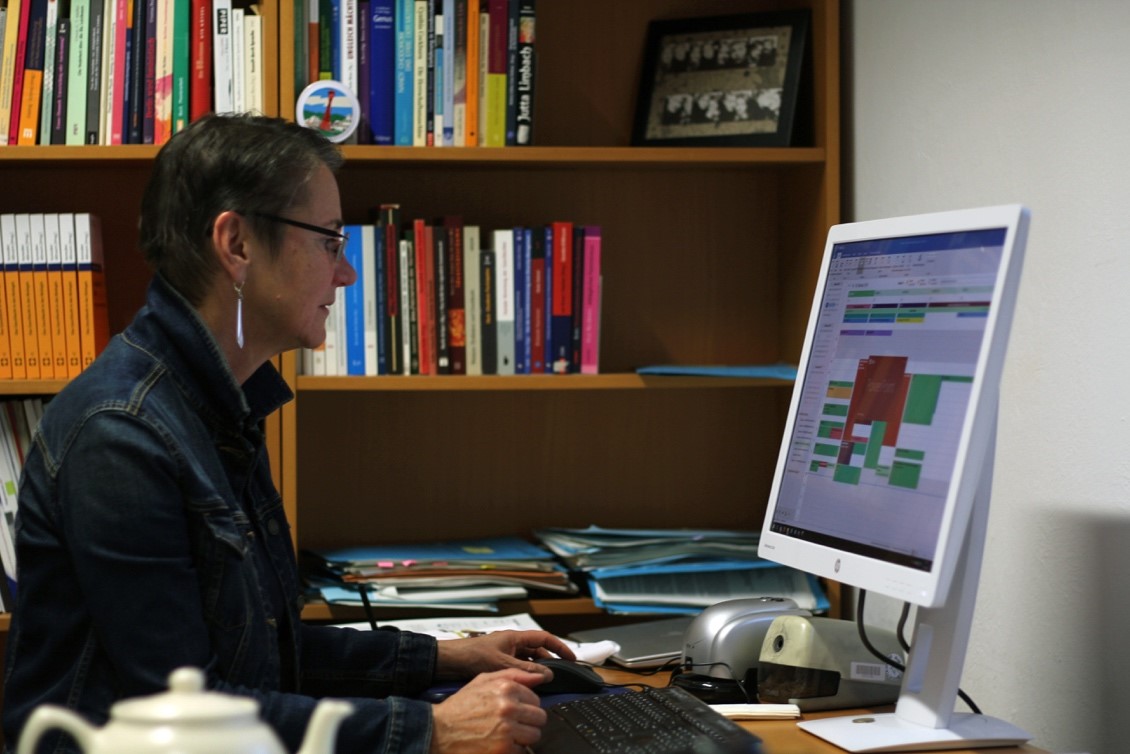 A GEO consults on all matters related to structural, organizational, and personal issues of women. GEOs have the right to propose ideas, inform committees on certain problems, and most importantly, they can use the power of the veto if they do not agree with one or another decision. An important place is given to conducting research projects on the topic of gender equality, as well as equal opportunities policies.

It should also be noted that a GEO’s work does not refer exclusively to supporting women. Unlike a women’s representative, the work of a GEO includes actions towards a systematic change of structure and the initiation of a cultural change aimed at achieving gender equality.

“GEO should encourage women to study science,” explains Dr. Koreuber. That is why Freie University annually holds a Girls’ Day. The idea is to promote girls in science by providing schoolgirls with workshops in areas which are considered to be “male professions.” For example, computer science, physics, IT, etc.

“For a man, Math is as much difficult as for a woman, but a man never stops studying Math just because it is difficult. A woman is told that Math is not her business.” Photos of Girls’ Day on the screen, © Isabel Broyan

In Dr. Koreuber’s opinion, through this program girls feel they can work where they want to and can do that alone. There is also a mentoring program. That is, if a girl wants to study IT, she has her own mentor in that sphere to work with her within a year. When explaining these things Dr Koreuber told another interesting fact – Angela Merkel has a PhD in Physics, and her experience helps sometimes promote women in science.

Work against sexual harassment and violence

GEOs actively participate in the prevention of sexual harassment and violence. This can be done by, first of all, defining the term. At Freie University, for example, advances and undesired invitations combined with a promise of advantages or threat of disadvantages fall under sexual harassment. In the worst case these are sexual contact and physical attack, including rape.

When there is such a case, a working group is formed comprising members from works council, heads of faculty administration, a representative from the HR department, GEO speaker of the plenum, the chief GEO and a psychologist. Their task is to make the subject of sexualized discrimination and violence visible at the University, to develop PR campaigns and training, and report the case to the University management. Urbanization, the development of technologies and means of production have considerably reduced the need for a large number of unskilled labor, eliminating meanwhile a number of factors resulting in gender inequality. Women play an increasingly important role in modern society: their activity leads to economic, political and social changes. And German universities’ model can serve as a good example of how to invest in girls. But we should all ask ourselves, “Do we really want to invest in women?”

Isabel Broyan works as human rights journalist and researcher at the Yezidi Center for Human Rights NGO. Her research interests are national minority rights, women rights, and multiculturalism. Isabel has a Bachelor’s degree in Journalism and is currently enrolled in a Master’s program on human rights and democratization at Yerevan State University. She works on the promotion of human rights in illiberal communities and tolerance in society.