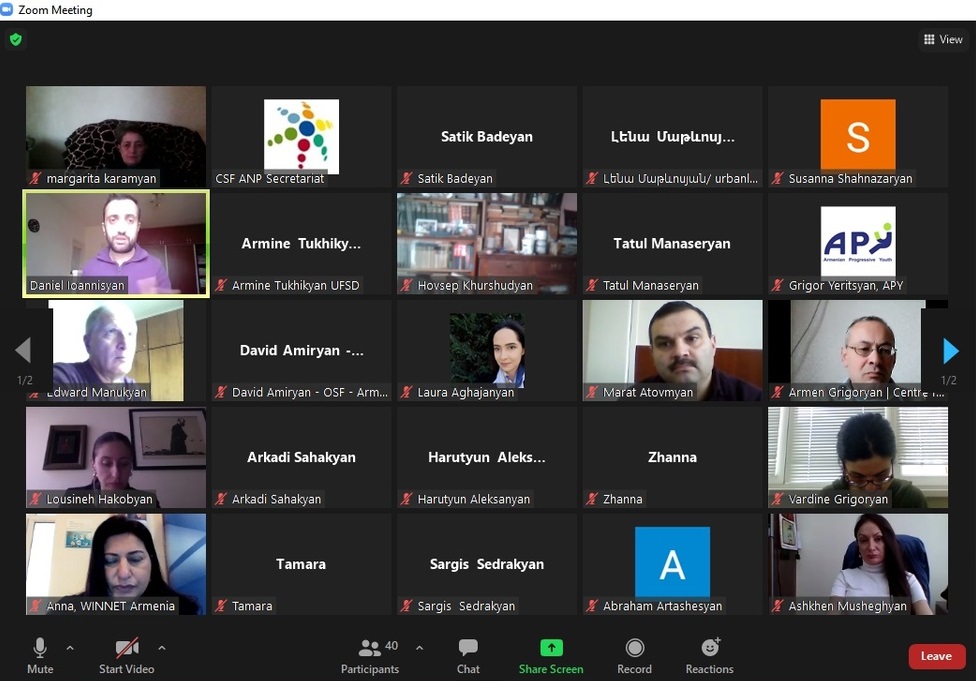 The Commission recorded that the election was held in accordance with the Procedure on the Establishment of the Composition of Armenian CSOs and Foundations of the Civil Society Platform as stipulated by Article 366 of the EU-Armenia Comprehensive and Enhanced Partnership Agreement through online open vote.

Prior to the election, on February 8, 2022, an online meeting with the participation of the candidates and voters had been held, during which all the 8 candidates had been given an opportunity to introduce themselves and answer the questions of the voters.

Following a discussion, the members of the Election Commission recorded that out of 37 registered voters, 36 participated in the voting, and 37 ballots were received. The members of the Election Commission came to a common conclusion that during the voting some Voters had violated the PROCEDURE, on the basis of which 8 / eight / ballots were recognized invalid.

Based on 29 /twenty-nine/ valid ballots:

The following candidates were elected as substitute members: